He noted that it will also aid in the transformation from fossil fuel to greater use of renewable energy thus reducing Guyana’s carbon footprint.

To this extent, the Prime Minister is optimistic that the solar farm, which is in keeping with the Government’s Low Carbon Development Strategy (LCDS) 2030, will aid in the overall development of the town.

“It will also help with the expansion of business in this community because you’ll have additional energy. It now becomes more attractive for investors to set up micro and large industries and commercial activities in Bartica.”

The senior government official said that he was pleased with the progress of the 1.5MW solar farm after an inspection on Tuesday.  It is currently 90 per cent completed and he expects it to be handed over to the Government within two months.

“We are satisfied based on the briefing we received. This project is on schedule, and it is expected to be handed over to the Government of Guyana by June 1 this year.”

The solar farm, which will be connected to the Guyana Power and Light grid in Bartica, will reduce the cost of producing energy.

At present, the cost per barrel of light fuel oil (LFO) is about US$159. To produce one megawatt of electricity per hour takes about 60 gallons of LFO, or approximately 1 ¼ barrel.

MOVING IN THE RIGHT DIRECTION

The Prime Minister also applauded the fact that 95 per cent of the workers are Guyanese.

The solar farm, which costs about $600m, is being constructed by Farfan & Mendes Limited and SOVENTIX Caribbean S.R.L.

It comes under the renewable energy solutions for the hinterland, which is one of the major components under the Energy Matrix Diversification and Strengthening of the Department of Energy programme funded by the Inter-American Development Bank (IDB). 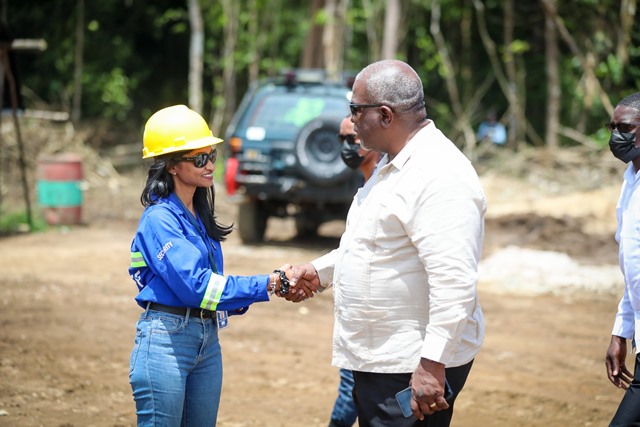 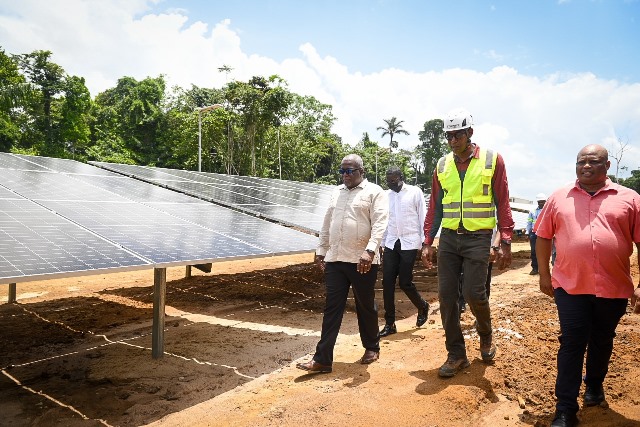 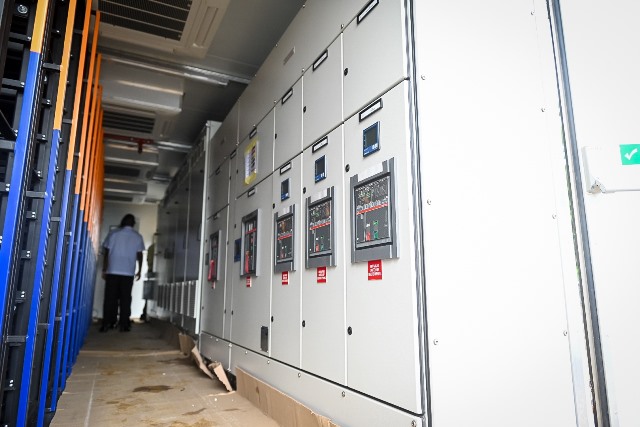 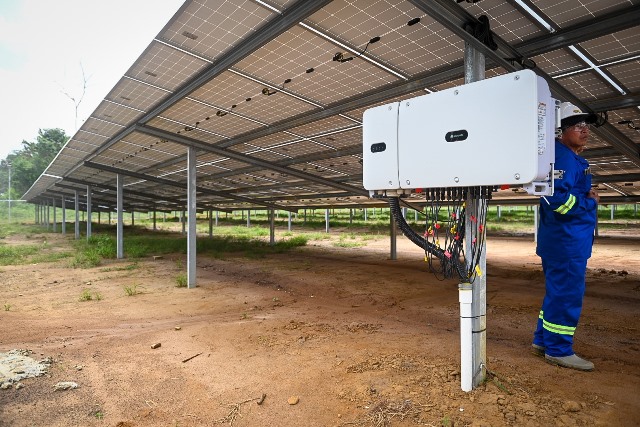 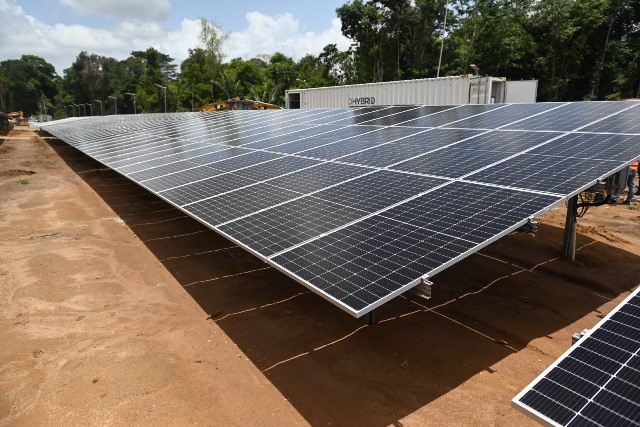