─ to be done over 3-year period says Min. Patterson

The government is grappling with the threat posed by the Atlantic Ocean against its sea defences. Of the 473.7 kilometres of foreshore spanning along the coast from Shell Beach in Region One to the Corentyne in Region 6, 32.9kilometres need emergency works over the next three years. 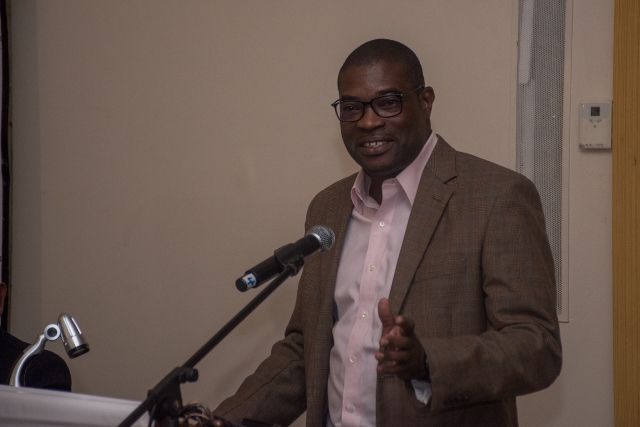 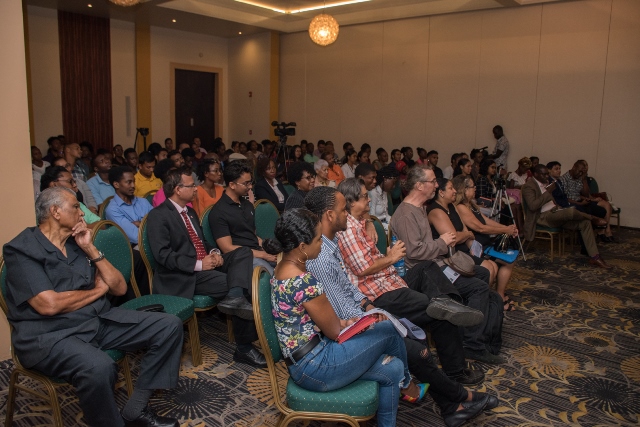 A section of the participants at the Turkeyen-Tain Talks 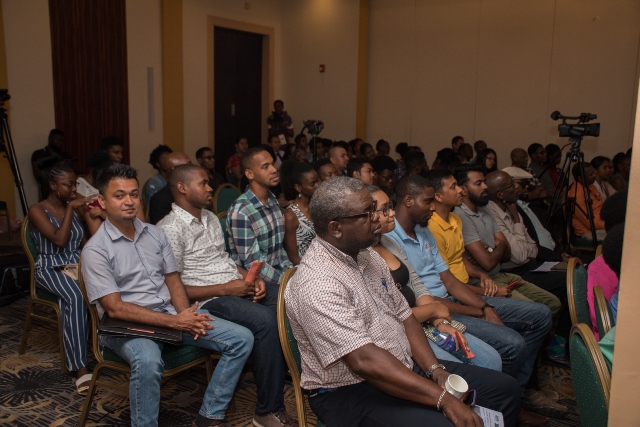 A section of the participants at the Turkeyen-Tain Talks

Minister of Public Infrastructure Hon. David Patterson made this announcement at Wednesday’s University of Guyana’s Turkeyen & Tain Talks hosted at the Pegasus Hotel Guyana. The theme of the discussion was “Green Building for Resilient Future Cities”.

According to Minister Patterson, $14Billion is needed to arrest the situation. This will occur over the period 2020 to 2022. “Budget-wise, the Ministry of Public Infrastructure is given $2Billion per annum for sea defence work. So, you can see the size of the challenge that we face,” Minister Patterson asserted.

In relation to the theme, the Public Infrastructure Minister urged the panellists to pay special attention to the location in which buildings are constructed so that it can withstand not only the test of time but climatic conditions.

This includes, “the relocation of key sensitive administrative buildings to higher more climate-resilient locations.” The Infrastructure Minister also noted the Government intends to establish a high-level committee to address some of the issues and recommendations that would have been brought to the forefront from the discussions.

At Thursday’s Post-Cabinet Press Briefing, Director General Joseph Harmon mentioned the $14Billion in sea defence is needed which will facilitate emergency works that will be executed in phases.

For 2019, the Dantzig to Fairfield area of Region Five has received the brunt of the spring tides that reached record heights. This is in spite of the Government expending hundreds of millions to through both the national budget and the contingency fund to repair Mahaicony’s rapidly deteriorating sea defences.