The trainees were drawn from the 46 communities which were selected for the wider CSO programme, under the Ministry of Amerindian Affairs’ Youth Entrepreneurship and Apprenticeship Programme (YEAP). 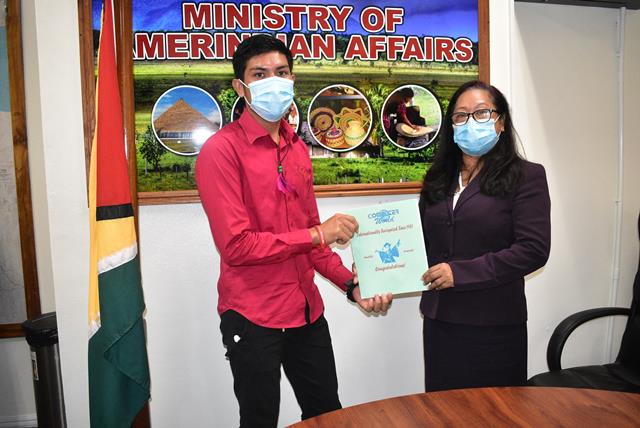 Minister of Amerindian Affairs, Hon. Pauline Sukhai with one of the CSOs who successfully completed his training 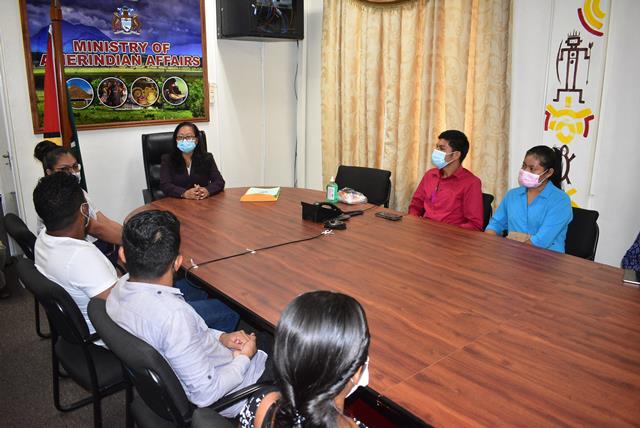 Some of the graduates met recently with subject Minister, Hon. Pauline Sukhai where it was reported that all of them graduated with distinction and honours. The Minister said she was satisfied with the students’ performance as it demonstrated their commitment to the programme.

“The CSO programme was not only developed to train young people and to make you marketable in the future, but also to ensure that you understand that you have a key role to play in your village development. You have to give back to your communities,” Minister Sukhai told the students.

She highlighted that the programme aims to develop Amerindian and hinterland youths through the creation of job opportunities, building capacity and strengthening their individual interests and skills.

The programme was conceptualised by the PPP/C Administration in 2013, against the background that hinterland youths did not enjoy the same opportunities as those on the coast.

“This year, the Ministry asked the village councils to select a few students who completed their secondary education and some who did not have a chance to complete secondary school… We want to help the young people to move to a level where they can become useful youths, youths that can see themselves setting goals from that programme and achieving those goals in the future,” she said.

Minister Sukhai further explained that while only 46 communities were targeted this year, the remaining of the 213 hinterland villages will benefit in 2021.

“We will have more than 2,000 youths involved and realising their goals in life and at the same giving back to their communities,” she said.

The youth will also be trained in other specialised areas based on the needs of their communities. These include agriculture, tourism, governance and in the health and education sectors.

The CSO engagement is part of the PPP/C Government’s commitment to youth development and advancement, and investment in the lives of the Amerindian Peoples. It replaces the Hinterland Employment and Youth Service (HEYS) programme, which was introduced by the former APNU+AFC Coalition Administration.