50,000+ households from Regions 3, 4 and 6 to benefit from water treatment plants

─ Ongoing works on well at Pouderoyen and Westminister

Following the establishment of water treatment plants at Uitvlugt, Diamond and Sheet Anchor to be completed by yearend, more than 50,000 households will benefit.

While over 4,000 households within Vergenoegen, Region 3, Essequibo Islands-West Demerara will soon be able to gain access to potable water through the establishment of a well. This includes ongoing works on wells at Pouderoyen and Westminister, which are expected to be completed by August 2019. 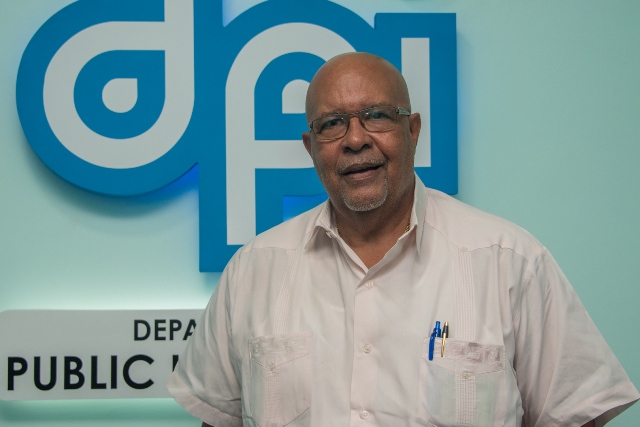 These wells are expected to increase the capacity of the three water treatment plants installed in the region, whilst improving service delivery to residents.

“We know that the water is being treated but  the metering has allowed us to take two stations off… we have been able to reduce the operational cost by taking two stations which are now redundant in case of one of the stations going down, we can then re-activate one of the two,” he explained.

This efficiency can also be seen within the Uitvlugt and Diamond communities, according to the Managing Director, which has tightened the network and improved the water pressure.

“For us at GWI, metering is critical for the improvement of the service and the level of service that people throughout the system,” Dr. Van West-Charles added.

For the first half of 2019, the Coalition Government has expended $1.4Billion of the $2.9Billion allocated to improve potable water supply and distribution systems.

Thus far to ensure efficient management of this valuable resource, GWI has installed 3,952 water meters in 1,271 communities across Regions 2, 3, 4, 5, 6, 7 and 10 to reduce the loss of  non-revenue water. This speaks to approximately 8,640 cubic metres each month.

In the Berbice area, roughly 60% of the metering activities has been completed under the New Amsterdam Water Treatment Plant Project. This reduction in non-revenue water will allow for improved delivery of water to residents of Sandvoort by increasing water pressure in the mains.

In addition to this, works will commence in the second half of the year on the expansion of Parika water supply systems. Upgrades to the water distribution network and transmission mains at Orealla, Ithaca and Kingelly are set to commence and are expected to be completed by year-end.