Flourishing biodiversity and gold mines are often seen on opposite ends of achieving a sustainable environment, but at the Aurora Gold Mines (AGM) they have found a way to achieve equilibrium. 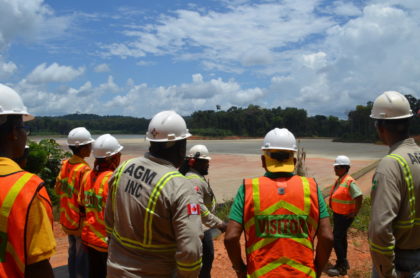 AGM’s Environmental Superintended Jermaine Critchlow describing to the Youths in Natural Resources, the measures they can apply to keep the environment safe

AGM, the flagship operation of Guyana Goldfields Incorporated, last year launched a Biodiversity Monitoring Programme at its 5,000 hectares concession which is located in the Cuyuni River, Region Seven. The aim is to determine the richness, distribution and density of species as an indicator of abundance over time.

The programme was launched with guidance from the Wildlife Conservation Society (WCS). “There were plants and animals before (we came here). In our biodiversity strategy we want to monitor the extent to which we are affecting this area,” Jermaine Critchlow, AGM’s Environmental Superintendent explained.

The Department of Public Information (DPI) was recently part of the Youths in Natural Resources apprentice group that toured AGM’s operations. Aside from observing the mines and mill, the students were briefed on AGM’s corporate social responsibility and environmental work.

Critchlow explained that there is a strict rule that prohibits the harming of animals at AGM. This is to facilitate the biodiversity programme to determine how “protecting the area in terms of no hunting, and no fishing …would have impacted biodiversity in the area”. 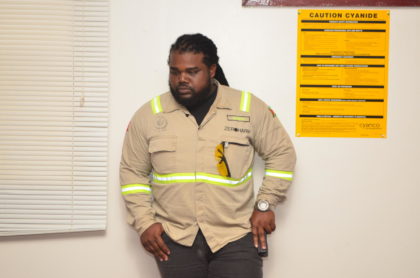 AGM’s environmental team installed motion sensitive cameras for a period of 30 days around the concession and also in a controlled environment for a comparison of their finds. The results so far: “(the) forest is teeming with life,” Critchlow said – terrestrial animals like pumas along with bird species and some vulnerable species like the giant anteater.

He shared that AGM would like to maintain a thriving biodiversity alongside its mining operations. “We encourage our general working population to report (animal) sightings, we keep track of mortalities and we also do capture and release.”

Ensuring that AGM’s environmental footprint is reduced is very important Critchlow outlined. “In terms of our compliance, we are compliant with ISO 140001, GGMC, EPA all the regulatory agencies. We do monitoring of water, noise (and) weather,” he said. 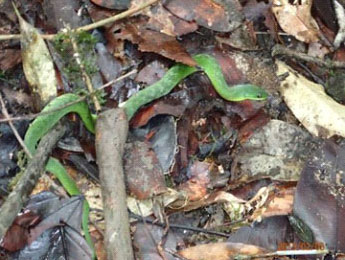 There is also reclamation being done at the site, with AGM recovering approximately 85 hectares of land to date. The company also tracks reclamation on the access road to their operation. “We do hydro seeding, replanting or soil restoration all in an effort to shrink our footprint,” Critchlow added.  “You want to think about sustainability and sustainable practices, a large part of that involves planning before you execute a project,” Critchlow said.

AGM is one of two large scale gold mining operations in Guyana. While the company received its mining licences in 2011, it did not reach commercial production until January 2016.