Activities for the Month of the Elderly began on Monday, with residents of Palms Geriatric Institution participating in a walk and interfaith service which commenced at the institution and concluded at the Durban Park.

Minister within Ministry of Social Protection Keith Scott who led the walk, told the senior citizens that the administration continues to recognise the contributions they have made in the national development of the country.

Minister Scott assured the seniors that government will continue to support their basic right to an affordable pension, as well as tours and activities that will keep them entertained and engaged. One such project he hopes that will soon come on stream is an evening of music and dance, that will afford the seniors an opportunity for interaction. 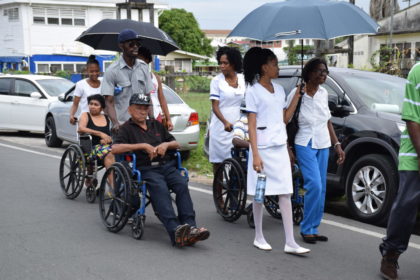 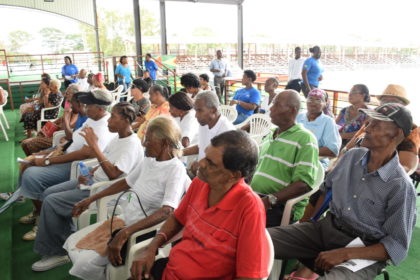 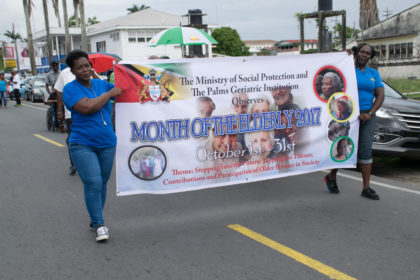 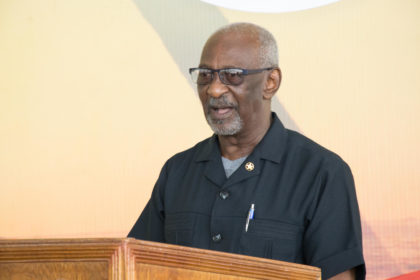 He commended the caretakers of the Palms Geriatric Institution for their service, dedication and attention paid to the residents.  “As the Minister for Social Protection, I am always concerned about the welfare and well-being of our senior citizens, I am assured that your diets are being well attended to; though, in the past, the Palms and its residents were looked down upon. However, today I can say through numerous visits to the institution I have admired the clean outlook of the institution,” Minister Scott remarked.

He reiterated that the senior citizens are among the most prized persons in the society and assured that the administration has dedicated itself to ensuring that citizens always respect and honour the elderly.

An open-air interfaith service at D’Urban Park rounded out the morning’s activity. Representatives of various religious backgrounds held the shared view that seniors can contribute to the development of the country. They also opined that age is not a choice but a privilege that many may not have the opportunity to experience.

The Month of the Elderly observance in Guyana stems from the 1990 United Nations General Assembly’s designation of October 1 as the International Day of Older Persons. The 2016 theme, “Take a Stand Against Ageism” challenged persons to consider the negative attitudes and discrimination based on age and the detrimental impact it has on older people. This year’s theme “Stepping into the future: Tapping the talents, contributions and participation of older persons in society” focuses on enabling and expanding the contributions of older people in their families, communities and societies.