Nandlall and the PPP have been contending that any person who obtains a death certificate without the deceased’s family’s consent has committed an offence. The party’s General Secretary Bharrat Jagdeo has even threatened that anyone who goes through with such will face the brunt of the law.

But Norton today said that the law itself makes provision for this. 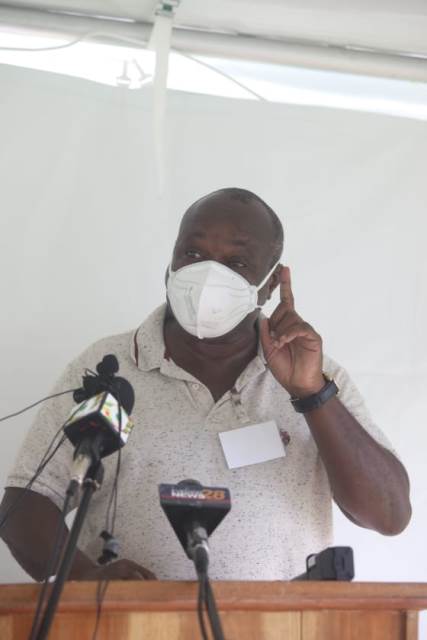 He cited Chapter 40: 1 of the Constitution which states that “the Registrar General shall cause indices of all duly completed registration forms in its possession therein, to be made and kept in the General Registrar’s Office. Everyone shall be entitled, on the payment of the fee prescribed by the order, to search the indices between the hours of 10 am and 16:00 hours every day (except Saturday) and to have extracted therefrom a sealed certificate of birth (form 4) or certificate of death (form 5).”

Norton said the law clearly allows for any individual to search the records and procure a death certificate.

Objections of the names of dead persons being used to vote at the March 2 polls, continue to be raised during the ongoing national recount of those elections.

Guyana Elections Commission (GECOM) Chair Justice (ret’d) Claudette Singh said evidence of these incidences, along with cases of “out of jurisdiction” voting, can inform the commission’s deliberation on the recount.

Norton said it difficult to understand – after having counted some 797 ballot boxes – how there can be 284 poll books missing. He said that clearly shows 90,707 votes covered for in those 284 poll books are now in question.

The counting agent said there are attempts to suggest that the poll books are not important. However, the rules governing elections have made it clear that a Presiding Officer must place in the poll book, the number of the seal placed on a box. Another section states that the PO causes an entry to be made in the poll book and attaches the Certificate of Employment.

“You cannot determine the Certificate of Employment, you cannot determine those with Identity of Oath since there are no records and most importantly, it stipulates that at the end of the process, a seal be placed on the ballot box. When the seal is placed, the number must be written in the poll book. The guarantee that the seal is the correct seal is that entry into the poll book,” he told reporters today.

For today, May 26, Norton reported that 17 persons were out of the jurisdiction who voted in Region Three.  Another 18 persons voted using Oaths of Identity, but only one is recorded in the poll book.

“What this means is that 30 persons could have been allowed to vote without being entitled to vote,” Norton stated.

He emphasised that there must be some semblance of integrity of the March 2, General and Regional elections coming out of the national recount.

“This is not a question of win or lose. This is a question of placing our elections on a path of credibility. If we do not deal with the credibility of the process, we will be here again in 2025. What is necessary at this stage is to have the audit and allow GECOM to make its decision and then take actions in the future to ensure it doesn’t repeat itself.”