The watershed decision handed down in the Court of Appeal on Monday on the Eslyn David vs the Guyana Elections Commission (GECOM) matter is final and any attempt to approach the CCJ to overturn the decision will not be heard.

This was relayed by Minister of Legal Affairs and Basil Williams, SC., during an interview with the Guyana Chronicle Monday evening. 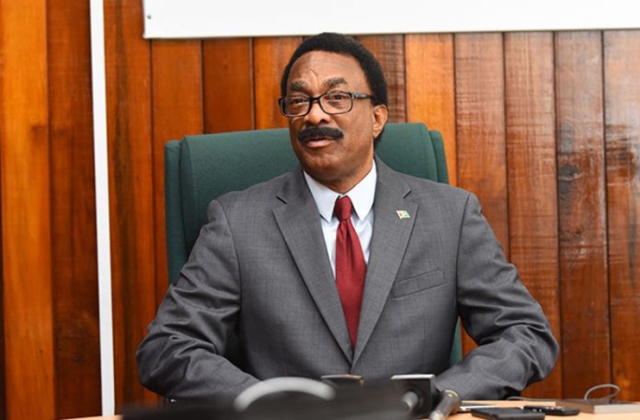 On Monday, by a 2-1 majority, Justices Brassington Reynolds and Dawn Gregory rejected the submissions of GECOM and political parties that contested the March 2, 2020 elections that it did not have jurisdiction to hear a matter filed by a private citizen regarding the declaration of elections results based on fraudulent votes.

The court ruled that it did have the jurisdiction as provided in Article 177 (4) of the Constitution, and using that jurisdiction interpreted “more votes cast” to mean “more valid votes cast” in keeping with the National Recount Order.

It said the elections commission must only consider “more valid votes cast” to determine the credibility of the elections and the declaration of a president.

“Article 177 clearly states that any decision made by the Appeal Court is final and equally, the CCJ Act Chapter 3:07, there is a provision that speaks to the Caribbean Court of Justice will not exercise jurisdiction or hear any matter from our Court of Appeal which is stated to be final,” the AG said.

With the ruling, GECOM has again found itself at the third stage of the National Recount Order which speaks to the report submission by Chief Elections Officer (CEO) Keith Lowenfield and the review by the commission, before a declaration of results by only valid votes is made.

The CEO was preparing to submit his report on Thursday, June 18 as ordered by GECOM Chair Justice (Ret’d) Claudette Singh, when he and Chair were served with a Notice of Motion filed by private citizen Eslyn David which also blocked the submission believed to have contained fraudulent votes for declaration.

However, with the new decision, the CEO will now be required to hand in another report with “more valid votes cast.”

“He still has to submit this report under Section 96 of the RPA [Representation of the Peoples Act] and 177 (2) (b). He will submit it to the commission and the commission could only act on his advice, which is the language of the Constitution. His report on valid votes will be the basis of the declaration of the results of the elections under section 99 of the RPA,” the AG explained.

AG Williams said the ruling addressed the credibility of the national recount, both quantitatively (the numbers) and qualitatively (irregularities, discrepancies and anomalies).

“That is where he (CEO) applies the credibility test to the numbers and in doing so, he has shown already in his first report that the numbers were substantially reduced because of irregularities, discrepancies and anomalies.”

According to the Attorney General, the Appeal Court’s decision will guide the completion of the electoral process in Guyana. He said the Chair has never departed from court decisions and expects that she will do the same.

Noting that the process has been long and hard, he believes that it should be expedited to completion at this point.