Aranaputa Valley, Region Nine is currently in transition mode, from having its affairs administered by a Community Development Council to a Neighbourhood Democratic Council (NDC).

This will result in Aranaputa having direct control of its development, thereby reducing the community’s dependence on central government. Instead of being headed by a Toshao, it now has a Chairman, Adon Jacabus. 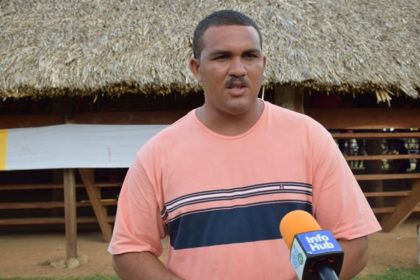 Chairman Jacabus, told the Department of Public Information (DPI), that the community falls under a Community Development Council (CDC), which is illegal and is not protected by any law of Guyana.

“We know that a CDC is not legal and we are now changing our status to that of an NDC. This is because our community is a mixed population. A lot of work needs to be done, consultations and workshops to better prepare us for NDC,” Jacabus explained.

According to Jacabus, the residents are prepared for the changes and the challenges that come with the move. He is involved in regular consultations with the residents on the issue, and they are now awaiting the Ministry of Communities to engage them.

Aranaputa Valley is among the first settlements in the Rupununi and has a population of over 600 residents. The main economic activity of the village is farming, with peanuts being its main crop.

During his Budget 2017 presentation, Minister of Finance, Winston Jordan announced that four new Neighbourhood Democratic Councils (NDCs) will be created, this year. In addition to Aranaputa, Kuru Kururu and Yarrowkabra, in Region Four and Baracara, Region Six.