At Berlin Forum Foreign Minister calls for investment in Guyana

Minister of Foreign Affairs, the Honourable Karen Cummings, recently called on German companies to invest in Guyana, while noting that her Government was committed to building a more robust and diversified economy.

Dr. Cummings was attending the Latin America and Caribbean Initiative and Future Forum for Governments from the region. The event was organised by the Federal Government of Germany and hosted by the Minister of Foreign Affairs, the Honourable Heiko Maas.

The two-day conference, held on 28 and 29 May and attended by 26 Latin American and Caribbean Foreign Ministers, as well major German business executives and experts, was aimed at deepening cooperation between Germany and the regional States. It was expected to conclude with the Foreign Ministers of Latin America and the Caribbean adopting a Joint Declaration. 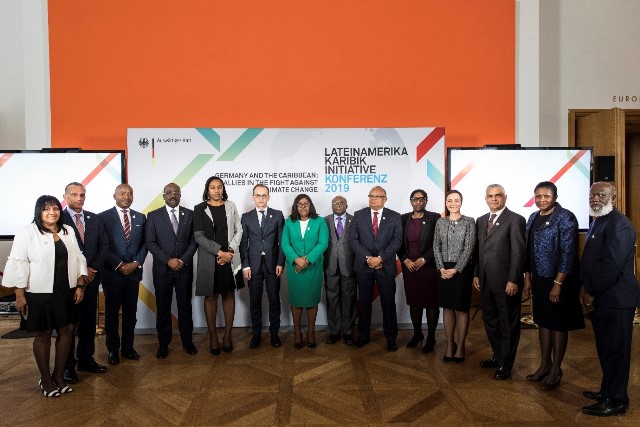 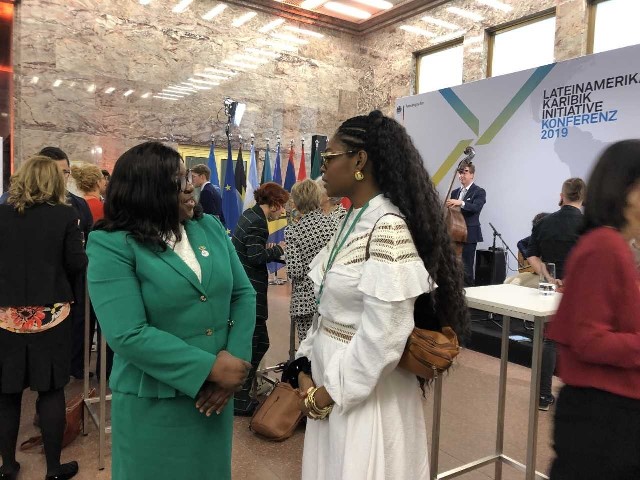 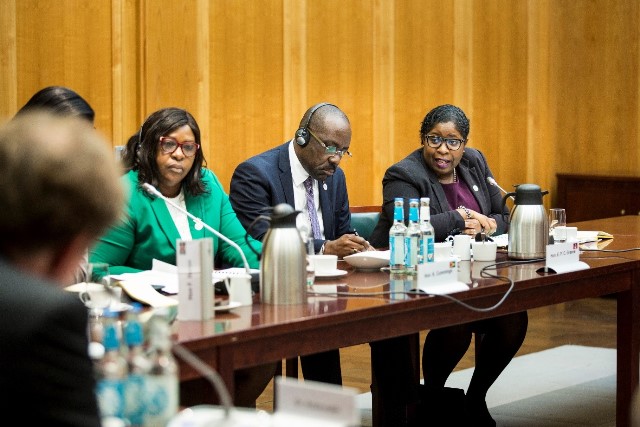 The Honourable Karen Cummings, Minister of Foreign Affairs, at a Round Table on Economic Partnerships.

Meanwhile, alluding to additional areas for partnership, the Guyanese Foreign Minister noted her Government’s role in efforts to address climate change, such as its agreement with the Kingdom of Norway which aims at providing the world with a model of how the REDD+ [reducing emissions from deforestation and forest degradation] mechanism could align development objectives of affected countries.

“Guyana, like many developing states, continues to support calls for greater support to be provided to vulnerable countries for urgent implementation of climate change initiatives,” Minister Cummings stated.