Baramita students looking to shine a positive light on their community

The students of Baramita, Region One, are taking the first step towards changing the negative perspective of their community through education. This was disclosed by Community Development Officer Virgil Ferreira during an interview with the Department of Public Information. 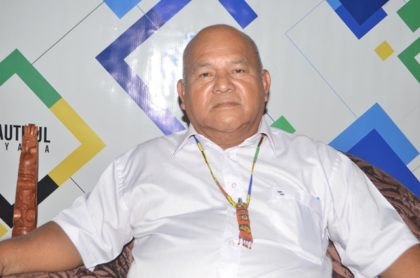 Ferreira said that a number of students are now attending secondary schools to further their education through the Hinterland Scholarship Programme. This follows a meeting which was held with the residents of the community by an inter-Ministerial task force on the importance of education.

“Right now, we have five at North West Secondary in Mabaruma; we have five at Port Kaituma and one child at Cummings Lodge Secondary. The idea is that in another five years or so, the mentality of our young people would change, they would not be in this kind of environment in Baramita, you hear a lot of negative things in Baramita so we are hoping this could be on the positive side” Ferreira explained.

Ferreira pointed out that some of the students attending secondary school this term were among those unable to attend last year for various reasons. He noted that educating the students will afford them the opportunity to fill job vacancies within the community, such as trained teachers, doctors and nurses.

He stated that, “at the hospital you might have over 20 staff and if our young people do not take up their role to go to secondary school, we would have to import which means that would not be in keeping with some of the plans that we have to develop the village economy and then you have to look at accommodation for people who come from the coast and then language is a problem so our people now taking up these positions I think is a very big plus.”

Ferreira is of the view that literate youths will be able to address the social ills that plague the community of over 3,000 residents. Some of them are also engaging in the Hinterland Employment and Youth Service (HEYS) programme which is geared at empowering youths within the community.