Bartica in Region Seven has on stream several ongoing projects to develop the community as a tourist hotspot.

On a recent visit Info Hub met with the Mayor Gifford Marshall who outlined some of the improvements that are happening in the town. 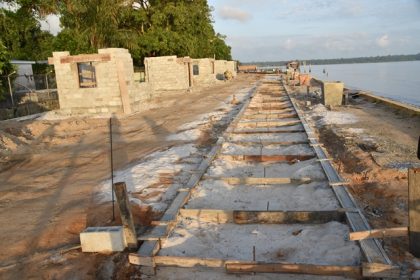 Boulevard under construction at Bartica Beach.

According to Gifford, earlier this year, Cabinet granted approval for road repairs in the Mongrippa and Four Mile Housing Schemes and the Bidarabo Main Road.  The three contracts amounted to just under $100M. Additionally, there are also on-going road maintenance works in Bartica and along the Potaro road.

The mayor said guides on the roads’ usage will be implemented to protect the infrastructure. Certain weight measures will be put in place and truck drivers, heading in and out of the interior will be advised to be more selective in the roads they should use.

Sanitation is also being addressed with through a sensitisation campaign on the proper and safe disposal of garbage. “We’re working on putting major resources into our solid waste management because we can’t bring persons here and the streets are littered and the alleyways have heaps of garbage, so we’re working feverishly to ensure that Bartica is a clean place”, the mayor explained.

A 41-million-dollar boulevard is currently one of the major projects being constructed to beautify the town and should be completed by the end of 2017.

“That boulevard is one of our single most important and a very significant investment for the town council and it is expected to bring in much needed revenue for the municipality while at the same time creating investment opportunities for persons in Bartica and also boosting our tourism”, Mayor Gifford explained.

Bartica is aiming to become a ‘Green Town’ to that end a Green Park is under construction and is slated to be opened in November. 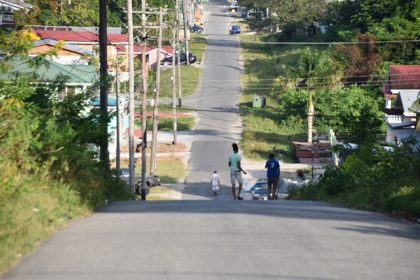 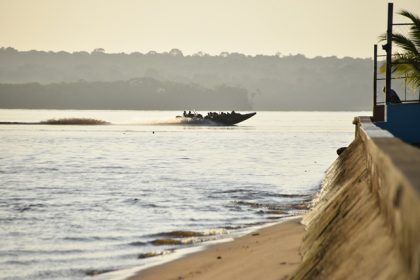