Batavia is a Dutch word meaning Ancient District. It  was once an area where coffee was cultivated by the Dutch.

The village was established in the 1950s, and the villagers decided to keep the Dutch name.

Batavia today, is an Amerindian Village on both banks of the Lower Cuyuni River in Region Seven. The community formally became a village in 2014 when it received its land titile from the then Ministry of Amerindian Affairs.

The village is governed by a Toshao and five councillors.

The village has a population of 340 people who live along both banks of the Cuyuni River. The administrative centre of the village is Arian Island. It is there that the craft centre is located. This centre helps to keep the tradition of the Indigenous peoples alive; especially the women who skillfully create hand crafted jewellery and other forms of craft.

Toshao Eon Boyal said that the centre was a project from the Ministry of Indigenous Peoples’ Affairs. He told  the Government Information Agency (GINA), that the Minister within the Ministry Valerie Garrido- Lowe wanted to establish some women’s projects in Indigenous communities, and the village was asked to submit a proposal.

Boyal explained that a village meeting was held and the women decided the craft industry needed reviving. A management committee was then established and the funds from the Ministry were obtained.

The building which  now houses  the craft industry was already erected. It had a top flat only, and they decided to enclose the bottom.

“We had one trainer from the village, but we wanted these nice fancy designs so we had to bring someone from another village, which is Orealla, paid her a monthly salary so that she could teach the other women; she spent two months,” Boyal explained.

Glearly Williams- Smith is a nurse by profession and a mother of two. She visits the centre in her spare time and makes jewellery, hats and bags. Williams -Smith said for her, the centre is a home away from home. She told GINA that when the women gather, the atmosphere is one of unity and togetherness.

“We strengthen each other and we talk about any and everything,” she said.

Williams-Smith who has her roits in both the Arawak and Carib tribe said that it takes her one hour to make a band. She uses buck bead and other colourful beads which can be sourced in her village. She also makes hats, bags, chains, and skirts among other items.

Williams-Smith said that completion of her work depends on the length and quantity of the orders. She explained to GINA that sometimes she has to source some of the beads from neighbouring villages when she gets large orders.

“I feel proud of the woman I have become, and the feeling that you have when you can give back to your community and support your family,”she said.

Williams-Smith said that as a little girl she would watch the females in her family make craft and provide for the family. She said she was always amazed at how they worked so well and fast to get the items finished. She posited that her dream in this capacity is to learn as much as she can so that when her daughter is of age, she can pass on the knowledge and skills that she would have acquired.

Ms. Emmanuel (only name on her birth certificate), describes herself as an “Amerindian woman who loves what she does. Emmanuel makes matapee which she said is very difficult to prepare. She also teaches women in the centre how to make it. However, Emmanuel said that the “women complain that it very hard and time consuming.”

She explained that when she was a little girl, she could remember being around her father a lot, watching him fish, hunt, and make graters among other items. “Bear in mind that I am a woman, you know what they say that women are supposed to be in the kitchen, but I wanted to learn the same things that the men were doing,” Emmanuel pointed out.

Emmanuel said that she eventually fell into the way of life for the women, grating cassava, making cassava bread, cassreep, tuma and craft. She is happy for the centre, noting  that she can share her knowledge to the young ladies.

Boyal said that there are five women on the management committee, who are actively involved in the centre, as well.

The items in the craft centre are being sold at the surrounding villages ‘Village Day’. “We are a moving craft centre, we are going places,” Boyal noted.

The Toshao said that he is satisfied with where the centre is now. “I am very satisfied that the women could have come up with such a magnificent idea and bring it to light.”

The women can now create an entire indigenous outfit, they can also make beautiful bags, hats, head bands, and earrings, chains and bands are also made to complement any outfit.

Boyal pointed out that every Thursday is ,’sales’ day for the centre. He explained that other villages would come to the centre and support the women by buying  items.

Boyal said the women have decided that they want to learn more designs and how to make more items for the centre. He said that outside help will be needed and that the village will make a decision soon so that this can be implemented. 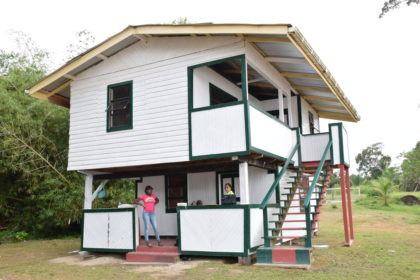 The building that houses the Batavia Craft Centre 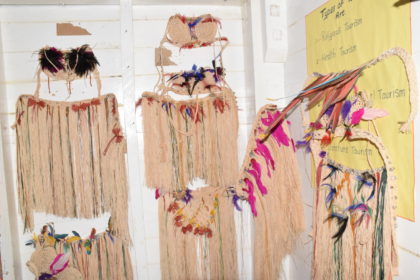 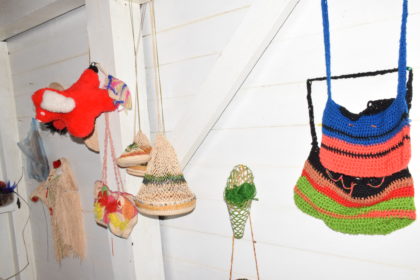 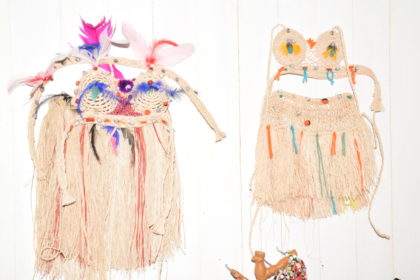 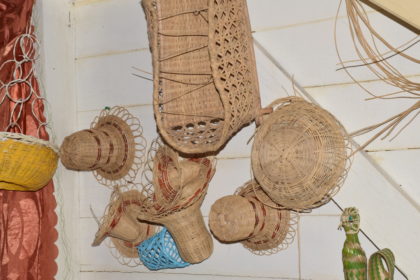 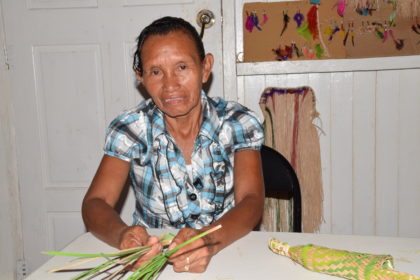 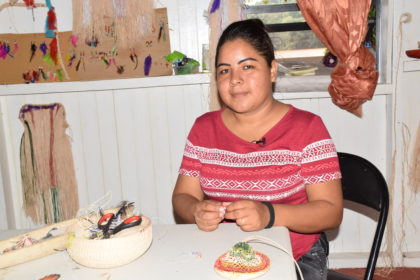 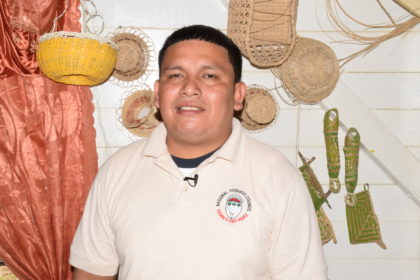