Residents of the Upper Mazaruni district, Region Seven will soon be able to benefit from better healthcare services with the deployment of specialist doctors.

This was disclosed by Regional Chairman, Gordon Bradford in an interview with the Government Information Agency (GINA).

Bradford said that at present there are 16 specialist doctors in the region who will be offering their services to residents. “Most of them at present are stationed at Bartica, but as things unfold, and we are able to have the necessary facilities in different areas, those doctors would be posted to those areas (Upper Mazaruni),” Bradford stated. 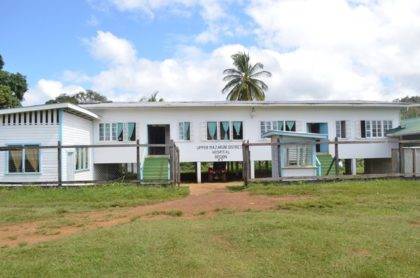 Kamarang which is located in the sub-district is one of the communities that will benefit from the specialist doctors. The Regional Chairman also told GINA that plans are in place to make the Kamarang District hospital into a regional one, since Kamarang is at a central point for the Upper Mazaruni district.

Additionally, Minister of Indigenous Peoples’ Affairs, Sydney Allicock related that his colleague, Minister of Public Health, Dr. George Norton is working on creating regional hospitals. Minister Allicock said, too many persons are being referred to Georgetown for simple health issues that could be addressed within the region.

Doctors need supporting equipment and proper medication so that they could be able to deliver the services required, he stated.

Minister Allicock further added “if they had a proper X-Ray working and all the people here working, they don’t have to go to Georgetown, they could be taken care of right here, easing that cost on the families to be able to be here, to take back their families without too much expense.”

At present, the Chairman noted that the region is working towards providing living quarters in areas where doctors and nurses will be assigned. The aim, Bradford said, is to ensure that there are doctors present in every community.

Upgrading healthcare services in indigenous communities will continue as provisions are expected to be made in the 2017 National Budget for that purpose.