The ongoing elections campaign by the Coalition Government is reaching its intended target, as they are demonstrating Guyanese’ commitment to the administration.

The campaign which was officially launched on January 3, has so far seen 11 major rallies held across the countries. More than 250 regular meetings, as well as several focus group gatherings, were also convened in communities as well. 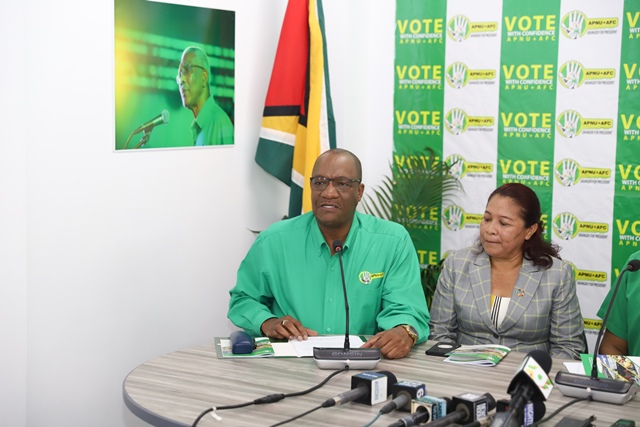 Director-General of the Ministry of the Presidency Joseph Harmon today said the coalition has been taking its message of a successful term to the people.

“We have much to be proud of and that is what we are campaigning on. In one shortened term under this coalition, Guyana was catapulted to become the fastest growing economy in the world, the world’s best eco-tourism destination and now an oil-producing nation. And we have only just begun,” he said at the Coalition’s 2020 manifesto launch.

Harmon said the coalition has a robust, widespread campaign that is reaching all Guyanese, both at home and the diaspora. Townhall meetings have been held in the diaspora, particularly the United States.

“All around the world, people are becoming excited about the green and yellow. It is a wave that has taken over the imagination of so many people”

“We are solidifying the support base that; we have and for that we are very proud. People are proud of our accomplishments. They are excited about the changes we have made and the changes we will bring about,” the Director-General said.