– capacity to drain 1200 gallons of water per second

More than 5,000 residents, including some 100 farmers, will now sleep easier during the rainy season. This is as a result of a $376.9M pump station at Buxton/Friendship that was commissioned today. 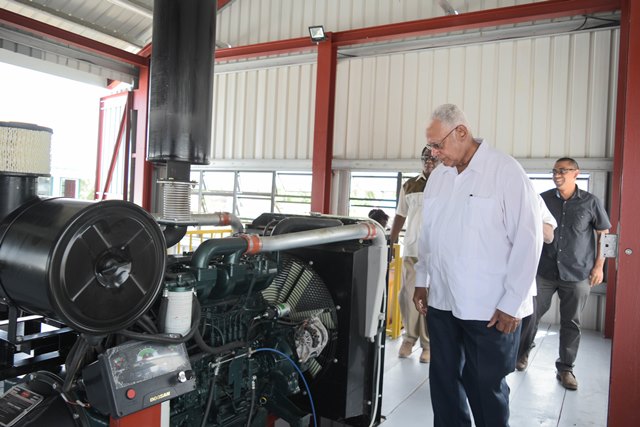 Minister of Agriculture, Noel Holder during a tour of the Buxton/Friendship Pump Station. 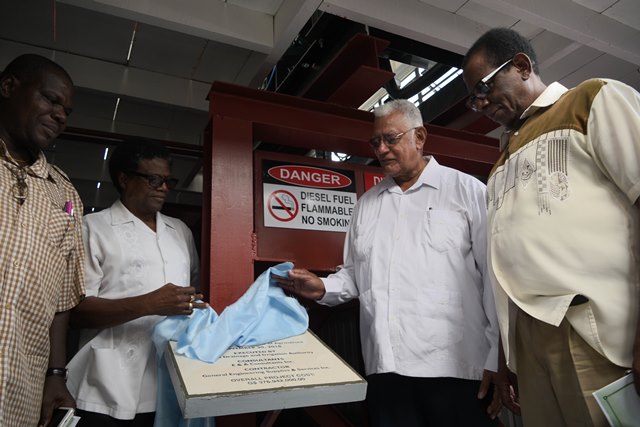 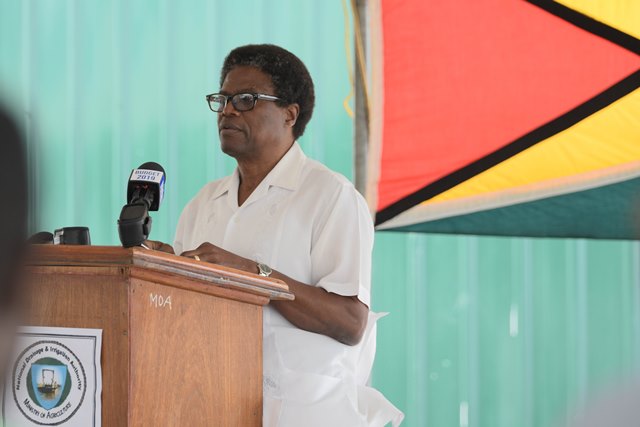 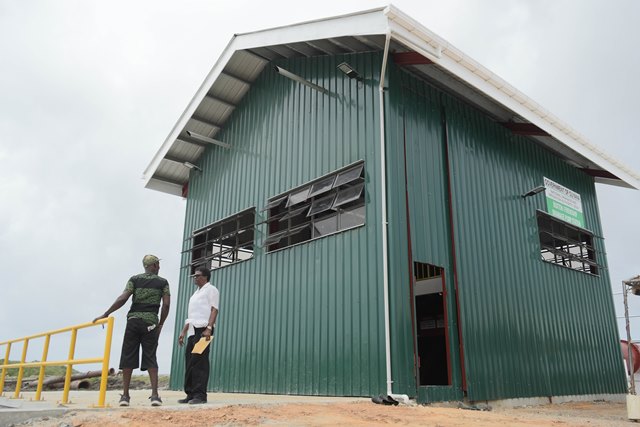 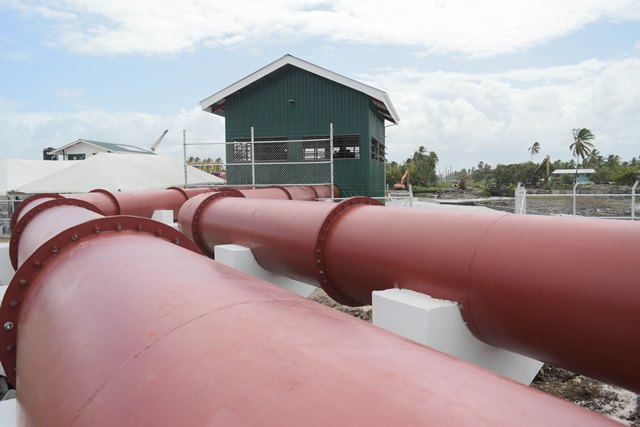 The Buxton/Friendship Pump Station, which comes under the Ministry of Agriculture through the Flood Risk Management Project, will address the threat of flooding within the Buxton and Friendship villages. It will collect water from the drainage network and discharge it directly into the Atlantic Ocean. The discharge capacity has now increased by more than 100 per cent from approximately 80 cubic feet of water per second under the former system to 200 cubic feet per second.

Speaking at the commissioning ceremony at the Construction Site, Company Road Buxton, East Coast Demerara, Minister of Agriculture, Noel Holder said that the project is in keeping with the government’s holistic approach to drainage and irrigation, to create an enabling and sustainable Drainage and Irrigation System by increasing Guyana’s resilience to floods and droughts.

He explained that while the facility would not eliminate flooding, the people’s exposure to flooding during extreme events would be considerably reduced.

“The mere fact that you are beneficiaries of this project means that the population, infrastructure, and agricultural activities were classified as high-risk, and the area flood-prone, on the East Coast of Demerara. As you are no doubt aware, flooding results from a combination of events, including heavy rainfall, malfunctioning drainage structures, river/seawall overtopping, breach of sea defences and conservancy dams and, or high tides causing an accumulation of water inland.”

Minister Holder is confident that the National Drainage and Irrigation Authority (NDIA) will effectively coordinate all the relevant resources for the maintenance and sustainable functioning of the pump station. He urged the residents to ensure that their drains and channels are clear of weeds since the efficient operation of the entire drainage system is also dependent on regular maintenance.

The NDIA Chief Executive Officer (CEO), Frederick Flatts reiterated that the country’s coastal system is severely affected by the effects of climate change and it is the responsibility of the government to ensure systems are in place to discharge larger quantities of water within a short space of time.

To this end, he said, in January 2019, another pump station will be commissioned in Herstelling and seven additional pump stations are slated for construction in that same year in areas such as Den Amstel, Mora and Rose Hall. Further, pump stations will also be constructed in Liliendaal and Ogle in the near future. These initiatives, he said, would significantly increase the draining coefficient on the East Coast.

Earle Lambert, Vice Chairman of the Regional Administration, Region Four committed to continued collaboration between the regional administration and the communities to ensure the drainage canals are cleared at all times.

Outgoing Chairman of the Buxton/Foulis Neighbourhood Democratic Council, Deon Abrams noted that for too long the people of Buxton had suffered as a result of flooding. He expressed gratitude to the government for the flood risk management project that will bring significant relief to the people. “There are immense benefits from this project, and therefore the people must be happy for it and must demonstrate a great degree of responsibility on the way they treat it.”

The pump station catchment area is Buxton and Friendship villages, which were traditionally dependent on the cultivation of sugar cane, ground provisions, cash crops, and orchard crops. It covers some 712 hectares (1,760 acres). Furthermore, it will benefit 859 households in Buxton and a proportion of the 552 households in Friendship.

The project was designed and supervised by E and A Consultancy, and constructed by General Engineering Supplies and Services.