A healthy lifestyle is one of the main factors in reducing the risk of cancer.  The Carnegie School of Home Economics (CSHE) on Tuesday, hosted a presentation where they displayed several healthy options including beverages reputed to have cancer-fighting ingredients. Among these were Soursop Leaf tea and Tumeric and Ginger tea.

The staff and students also benefitted from breast examinations and Visual Inspection with Acetic Acid (VIA) screening and an interactive presentation on cancer awareness and prevention by Coordinator of the NVIA, Dr. Martin Campbell and Dr. Michael Viera from Chronic Disease Unit, Ministry of Public Health. 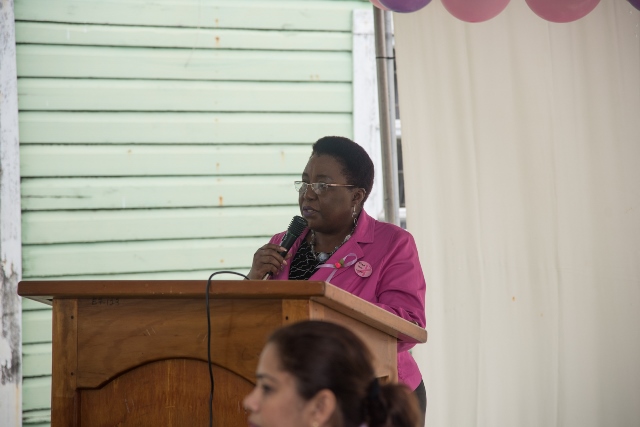 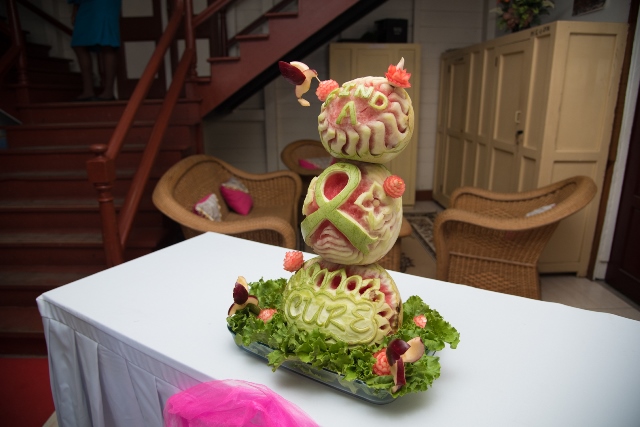 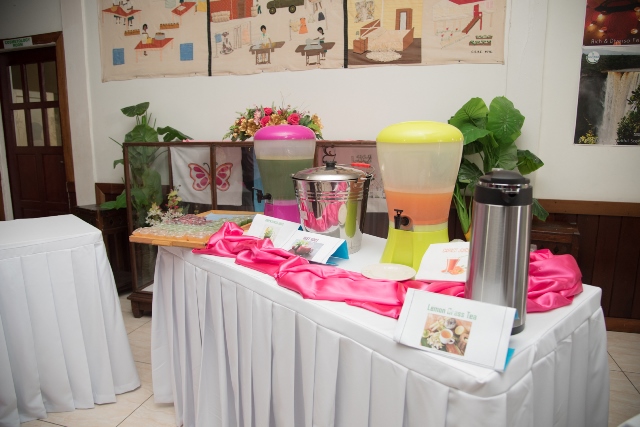 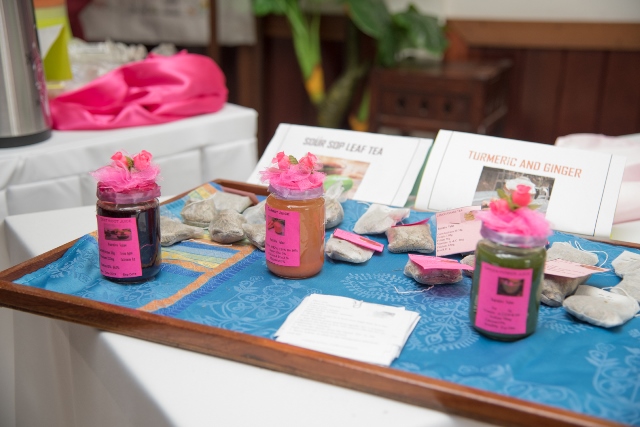 Some of the healthy beverage alternatives offered by the Carnegie School of Home Economics. 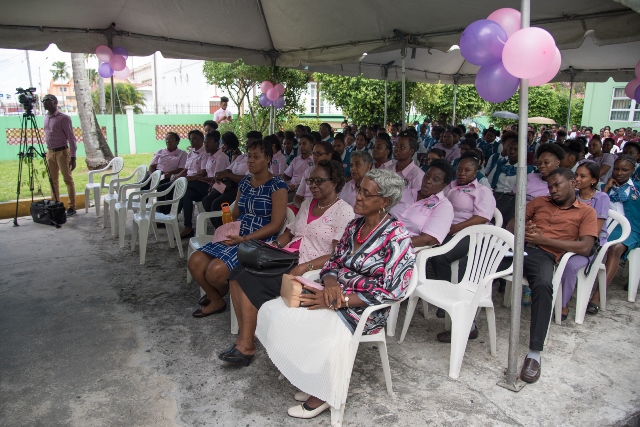 Delivering brief remarks, Principal of CSHE, Myrna Lee said the activity aimed to raise awareness of the symptoms and treatment of cancer since “greater knowledge can lead to earlier detection” which is linked to a higher survival rate.

“CSHE’s flagship programme sits firmly in the culinary department that can lead in regards to making the best choices of foods that prevent and fight cancer. [We] can help people to prepare simple, inexpensive foods and beverages that strengthen their immune system and to promote healthy tasty and attractive foods that counter the culture of the yearning for unhealthy foods,” Lee explained.

Highlighting the statistics from Guyana’s cancer profile between 2003-2012, Dr. Campbell said that 6,500 cancer cases were registered. He stressed that breast, cervical and prostate cancer are the leading cancers found in such cases. “Cancer is an indeed very tough illness to deal with hence the Ministry [of Public Health] aims to bring awareness of cancer… Cancer is one of the top three causes of death in Guyana.”

According to Dr. Campbell, the occurrence of cancer can be prevented by practising a healthy lifestyle and have monthly medical check-ups.  A proper diet and 30 minutes of exercise five days per week can make a difference while harmful habits such as smoking and drinking, among others, increases one chance to be diagnosed with the illness.

Many of the students commended the exercise and noted that it was helpful in that many of their questions were answered and myths about the disease dispelled.

Editor’s Note: Visual Inspection with Acetic Acid (VIA) is a simple, inexpensive test with moderate sensitivity and specificity for screening that can be combined with simple treatment procedures for early cervical lesions.