Following the torrential rainfall that continued on Tuesday, the Civil Defence Commission (CDC) has issued a flood warning that takes effect until Friday, November 8, 2019.

According to the Director-General of the CDC, Lt. Col. Kester Craig, the CDC has also activated the National Emergency Monitoring System (NEMS) to ensure that there is constant contact with all the Administrative Regions. NEMS will allow the CDC to be updated on the effects of the heavy rains on communities within the regions. 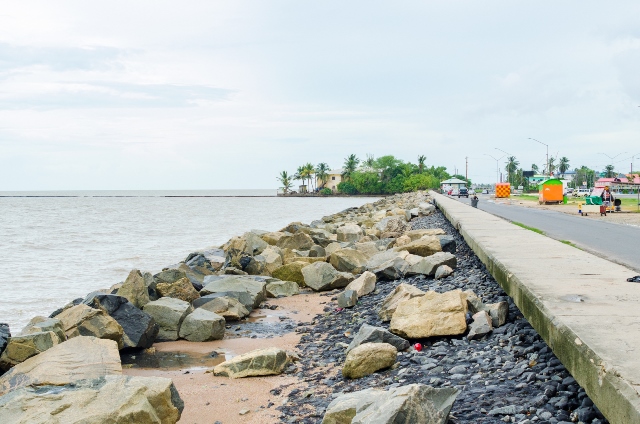 A section of the seawalls in Kitty, Georgetown. 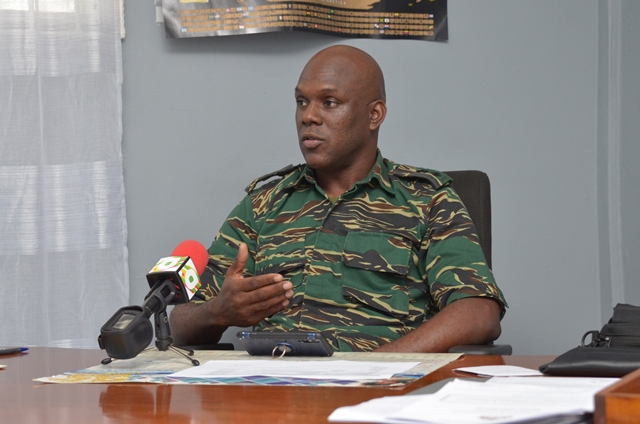 On Tuesday, the CDC assessed 23 communities for flashing flooding. This publication learnt that the torrential rains have not had a devastating impact on the regions thus far.

“I think the impact has not been so significant in most communities because… all the pumps, as I was informed, under the Mayor and City Council’s control were pumping water off. As soon as the tide turns, at the time when they were able to open the koker doors and sluices, they were able to drain the water faster off of the land,” the Director-General explained.

It was furthered noted that places like Albouystown were not extremely affected, while in past times the community was known for its propensity to quickly flood after prolonged spells of rain.

According to the Hydrometeorological Service, rainfall for Wednesday and Thursday in the coastal plains is forecasted to be approximately 0.5 inches respectively, with Friday likely to experience 1 inch of rainfall.

The Civil Defence Commission has advised residents in high-risk communities to take the following precautions:

– Elevate all household furniture and appliances.

– Use water purification tablet as prescribed.

– Ensure children and the elderly stay clear of floodwaters.

– Visit the nearest health centre if you experience any skin irritation or feel sick.