In an effort to address disaster risk management in Guyana, the Civil Defence Commission (CDC) and the Pan American Health Organisation/ World Health Organisation (PAHO/WHO) have “embarked on a collaborative partnership aimed at developing the policy framework for Incident Command System (ICS)and Mass Casualty Management (MCM) in Guyana to ensure that disaster response is done in a comprehensive and systematic way.”

This is according to Director-General (ag) of the CDC, Lieutenant Colonel Kester Craig, who delivered the opening remarks at the Validation Workshop on the National ICS and MCM policies held at Grand Coastal Hotel this morning. 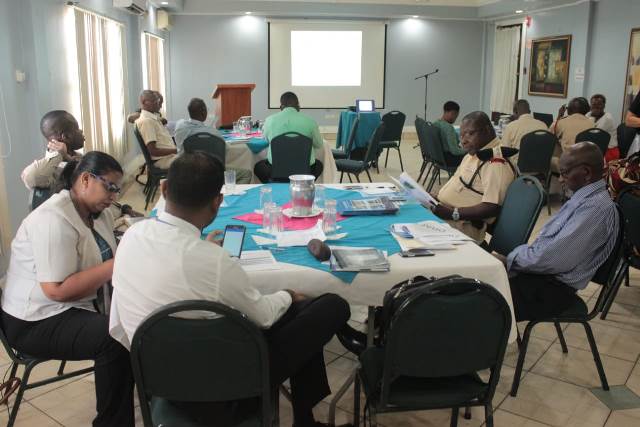 Participants at the Validation Workshop on the National Incident Command System and Mass Casualty Management Policies. 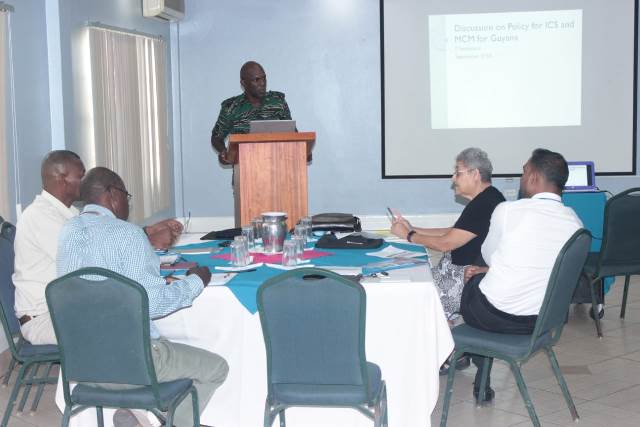 Craig stated that “considering the vast increases in the number, frequency and intensity of disasters and emergencies occurring across the globe” which are results from both “natural and anthropogenic hazards…. the mandate for disaster risk management in Guyana has continued to expand and advance over time.”

He remarked that it was “nationally” recognised that the emergency response to these hazards cannot be the responsibly of one sole entity. The acting Director-General highlighted that this is evident in the government’s “willingness to be engaged in collaborative planning and response to emergency situations and disasters.”

He said that while this is commendable, “much is still to be desired with one of our greatest limitations being that there is no documented policy for ICS and MCM.”

He explained that local healthcare facilities and systems can be easily overwhelmed in the event a mass casualty occurs. As such, the implementation of an ICS and MCM policy would ensure that there is a collaborative response by several agencies and more importantly to organise and “coordinate response activities without compromising the decision-making authority of the local command.”

The workshop was attended by representatives from PAHO as well as stakeholders from governmental and non-governmental organisations.