A commemorative stamp in honour of the 100th birth anniversary of former President Dr. Cheddi Jagan was officially unveiled by the Guyana Post Office Corporation (GPOC) this afternoon. 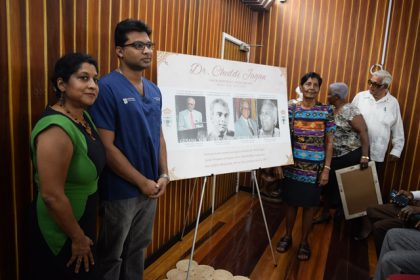 The late Dr. Cheddi Jagan’s family, and the centennial stamp.

Speaking at the launch hosted at the Ministry of the Presidency, Director of the Cheddi Jagan Research Centre (CJRC), Hydar Alli said the stamp is indeed a fitting tribute to the late leader.

“A man who dedicated his entire life to a peaceful progressive and democratic Guyana. It was his steadfast dedication to free his people from the yoke of colonialism and poverty that really distinguished him from others of his type.”

The stamp was produced and designed by the Inter-Governmental Philatelic Corporation (IGPC), located in New Jersey in the United States of America (USA).

Chairman of the GPOC, Rev. Raphael Massiah described Dr. Jagan as one of the founders of the Guyanese nation and characterised the launch “as a sign of hope for this nation. A sign of hope that his true aspirations, working for the nation could be realised.”

Head of Protocol at the Ministry of the Presidency, Francis Abraham explained that the ministry decided that there should be an official ceremony at the Presidential Complex to unveil the stamp.

The late Dr. Jagan’s sister and relatives were also in attendance along with officials of the Cheddi Jagan Research Centre and the GPOC. 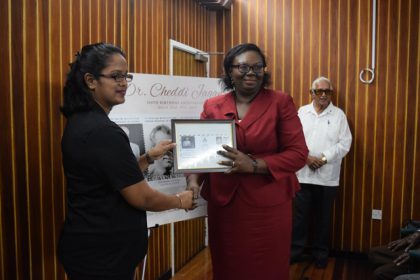 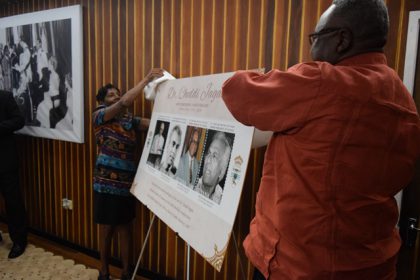 Commemorative Centenary Stamp unveiled, in honour of the 100th birth anniversary of former President Dr. Cheddi Jagan, today at the Ministry of the Presidency. 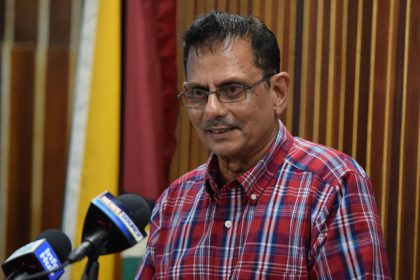 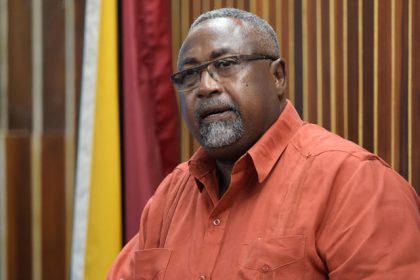 Editor’s Note: A commemorative stamp is a postage stamp, often issued on a significant date such as an anniversary, to honor or commemorate a place, event, person, or object. They can be used alongside ordinary stamps and are sold for a specific period. The stamps will be available from Thursday, May 3, at all post offices across the country