International and domestic tourism are creating demand for accommodation Minister of Business Dominic Gaskin noted on Thursday, at the grand opening of the Classic International Hotel and Suites in Number 79 Village, Corriverton, Corentyne, Berbice.

“So we will need hotel rooms for people because that growth is set to continue and not everyone wants to stay in Georgetown,” Minister Gaskin said. 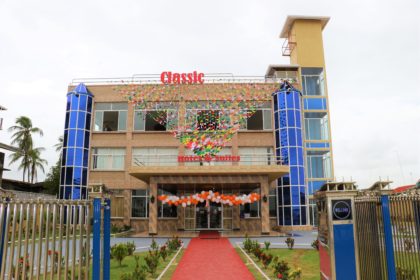 Minister Gaskin explained that the tourism sector presents viable investment options locally. He noted that Berbice is important because it has “made significant contributions to Guyana’s economic development.”

There are many challenges Minister Gaskin explained, “We try to kick start an industry that we have not traditionally prioritised as yet.” He explained that “We have not as yet integrated ourselves into the international tourism industry in a way that puts us on the map as a serious tourism destination. Therefore we find ourselves without that strategic link between the markets and the airlines, and the accommodation, and the activities that other competing destinations have long since established.” He urged persons to raise the level of awareness in Guyana for the benefits of tourism and its potential for job creation and revenue generation.

The minister also spoke about the need for a clean and green environment to promote the industry, “We can kill the industry before it even takes off, if we continue to dump our garbage on our roadsides.” “Guyana has become a much more service oriented”, Minister Gaskin said noting that international visitors expect better service. “It’s what they have become accustomed to in their travels elsewhere…our domestic  tourist also deserve better, if people are spending hard earned money to come then we need to treat them well and give them the service they deserve”, 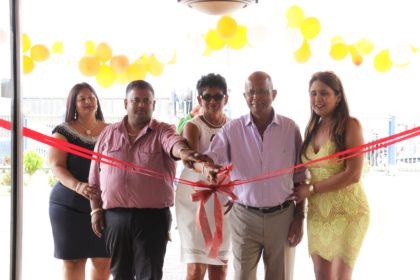 He also encouraged the training of employees, “We must have good managers who understand the business, and it makes all the difference in

The Minister congratulated the owner of the Classic International Hotel and Suites, Haresh Narine Sugrim aka ‘Chiney’, for “stepping up to the plate and boosting this town, to accommodate its visitors with this spanking new facility.”

The construction of the hotel began in December, 2014. The Hotel is a four story building which has four presidential suits, twenty eight luxurious rooms, a restaurant, large swimming pool, poolside bar, spacious parking areas and faces the scenic Corentyne River and Suriname.

There are future plans to have a 250 KVA wind turbine electrical system installed, a casino and two yachts for tourists to visit the Corentyne River. 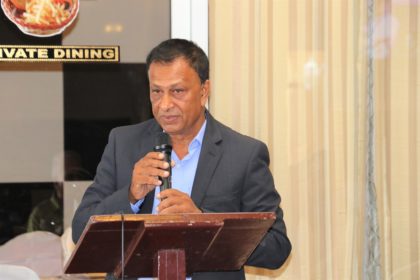 Mayor of the municipality Krishnand Jaichand said Classic Hotel during its construction phase provided meaningful jobs for dozens of persons. He added that the hotel would continue to serve as a source of employment which will significantly curb the problem of unemployment in the area. The hotel currently employs 40 persons. Jaichand further said that, since completed it has transformed the village. “Its impact on the prosperity of the town cannot be underestimated and it shine likes a beacon of hope for people worrying about prevailing economic uncertainties” the Mayor stated.

The Hotel’s owner, originally from Crabwood Creek, invested G$1B into the hotel. He is confident that the hotel will thrive under this administration. In 2016, Guyana’s tourism sector recorded the third highest rate of growth out of the 28 Caribbean countries according to the Caribbean Trade Organisation (CTO). The country recorded a 12.7 per cent increase in visitor arrivals. This was nearly 30,000 more visitors than the previous year (2015).