− “Coalition Administration will not be scared by Jagdeo’s idle rantings” – Min. Lawrence

− “Corruption was the “bread and butter” of the PPP govt”

− “members of the Coalition cannot be bought”

The No Confidence motion filed by the Opposition PPP against the Coalition Government was today dismissed by the administration as “idle rantings” and “politically insensitive.”

PNCR Chairperson and Minister of Public Health, Volda Lawrence, at a joint APNU+AFC press conference today, said members of the Coalition cannot be bought. She was responding to a question posed by a media representative who stated that the opposition is alleging that one of the government’s MP will “sell out” when the No Confidence motion is brought to a vote in the National Assembly. 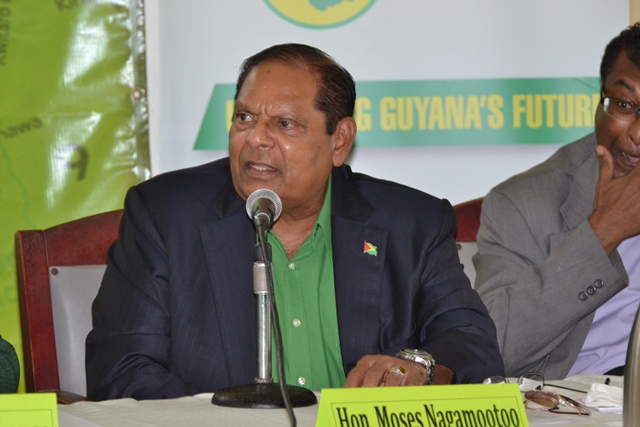 Prime Minister, Moses Nagamootoo who is currently performing the duties of President. 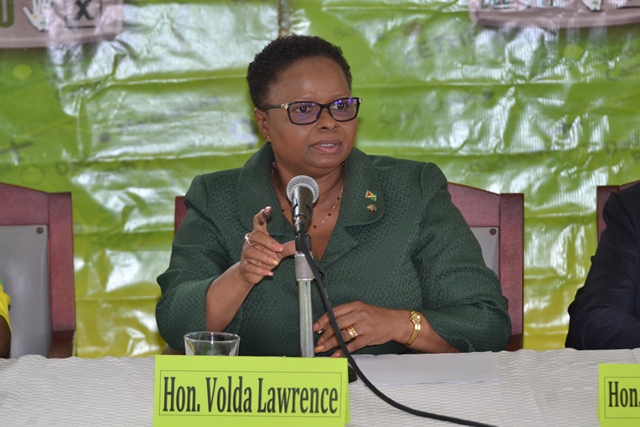 Minister Lawrence pointed to this administration’s willingness to investigate all allegations of misconduct or corruption in public office, referencing the many Commissions of Inquiry that were conducted under the Coalition.

Prime Minister, Moses Nagamootoo made it clear that while he is performing the functions of president, he still has the power to vote in the House. He noted the insensitivity of the motion at a time when the president is ill.

The Prime Minister expressed his belief that the Opposition’s intention is to breed disaffection among Guyanese. He questioned where is the “Guyanese compassion,” while reminding that the Speaker of the National Assembly, Dr. Barton Scotland still has to rule on the motion’s admissibility.

Further, Minister of Foreign Affairs, Carl Greenidge, who is currently performing the functions of Prime Minister, noted that this move by the Opposition is against national interest, explaining that this will be the last National Budget to be debated in the House before the country heads to General Elections.

According to Minister Greenidge, the motion is not only “distasteful” but “very opportunistic.”

Minister of State, Joseph Harmon said the Opposition Leader is merely attempting to gain relevance, he too rubbished the motion.

Adding his voice, Minister of Public Infrastructure, David Patterson reminded of the Coalition’s hard work which has led to them being in power while making it clear that this Administration will not prorogue parliament as was done by former President Donald Ramotar.