Nursery school children living in the Region 7 community of Batavia will now find it easier getting to and returning from school following the donation of a Yamaha motorboat engine.

Minister of Social Cohesion, Hon. Dr. George Norton handed over the engine to Batavia’s Deputy Toshao Murphy Gomez on July 25 during a simple ceremony at the Batavia Primary School.

The minister said the donation fulfils a promise made to assist the community following concerns raised by residents during a previous outreach regarding the delay of nursery school children returning home from school.

“We are all in this together and we are willing to support Batavia in any way that we can,” Minister Norton said.

He also noted that the contribution is in keeping with the objective of His Excellency, President David Granger’s 5Bs initiative that caters for the provision of Boats, Buses, Bicycles, Boots and Breakfast to ensure every child has access to education and attends school. 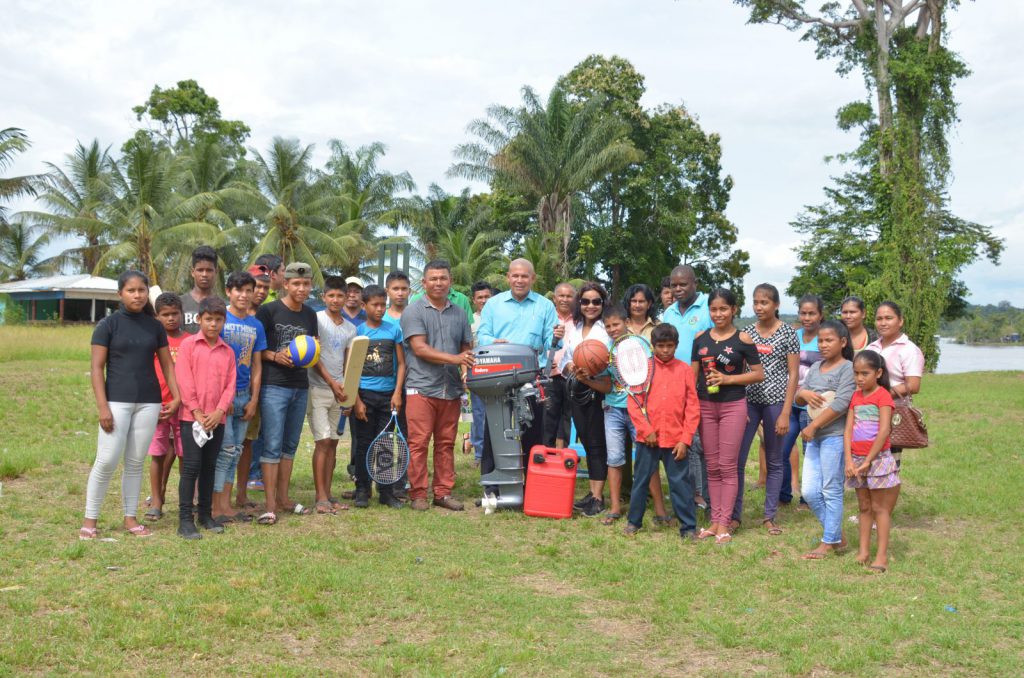 While there the minister also donated sport gear including volleyballs, basketballs and cricket apparatus. The equipment will assist Batavia’s 60-member Sports Club – the Five Stars – in their preparation for future competitions.

The residents also benefitted from a one-day diversity education and inclusion training session undertaken by the ministry’s technical officer Pamela Nauth. The exercise was aimed at informing persons within the community to better understand the country’s diversity and teaches them to settle their differences and collaborate whilst realising their roles in the process.

Deputy Toshao Gomez commended the department for making good on their promise to return to address concerns highlighted. “I am grateful that the department returned to our community because I know the workshop and donation will be beneficial to all of us.” Murphy also urged that more initiatives such these are held in the community.

In 2017, through the 5Bs initiative, a boat and engine were provided to the communities of Kartabo and Batavia to transport Secondary School children who attend the Bartica and Three Miles Secondary Schools, free of cost.