The World Health Organisation (WHO) has received reports of nearly one million confirmed cases of coronavirus (COVID-19), including more than 50,000 deaths.

This was confirmed by Director-General, Dr. Tedros Adhanom Ghebreyesus during his media briefing today, where he addressed the social and economic consequences of this health crisis. 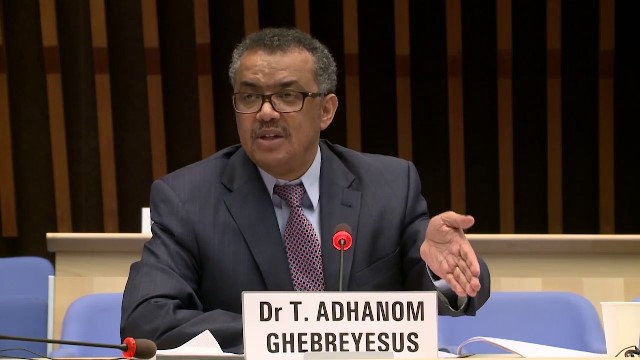 Dr. Ghebreyesus also acknowledged that the restrictions many countries have put in place to protect health are taking a heavy toll on the income of individuals and families, and the economies of communities and nations.

“In the short-term countries can ease the burden on their populations through social welfare programs to ensure people have food and other life essentials. For other countries, debt relief is essential to enable them to take care of their people and avoid economic collapse. This is an area of cooperation between WHO, the IMF and the World Bank,” he stated.

The Director-General said the best way for countries to end restrictions and ease the economic effects is to attack the virus, with an aggressive and comprehensive package of measures.

Financing the health response is, therefore, an essential investment not just in saving lives, but in the longer-term social and economic recovery, he advised.

Two months ago, WHO issued its Strategic Preparedness and Response Plan, with an initial ask of US$675 Million to support the response.

Almost US$690 Million has thus far been pledged or received, Dr. Ghebreyesus announced. Of this amount, US$300 Million has been given to support WHO’s work, and the rest has been given on a bilateral basis, or to other organizations involved in the response.

He thanked the State of Kuwait, which today has become one of the largest donors, with a total of US$60 Million. “WHO’s Solidarity Response Fund has now raised more than US$127 million from more than 219,000 individuals and organizations. I’d like to thank Tencent for its contribution of US$10 million.”

The WHO has also invited UNICEF to join the Solidarity Response Fund, as that organisation has extensive experience both in fundraising and in implementing programmes and the partnership will help us to work together closely to save lives.

‘We still have a long way to go in this fight. WHO is working every day with all countries and partners to save lives, and to mitigate the social and economic impact of the pandemic,’ Dr. Ghebreyesus stated.