Georgetown, Guyana – (February 28, 2018) Minister of Natural Resources, Mr. Raphael Trotman, last evening, announced that based on his proposal to President David Granger last year, a decision has been taken by Cabinet to establish the Department of Energy, which in due course, will oversee the oil and gas sector even as he announced a sixth oil find at the Pakura Well, four miles off of the Payara Well, both drilled by oil giant, ExxonMobil. Minister Trotman disclosed the new oil find and plans for the new Department in a statement at the Ministry of the Presidency, earlier this afternoon, at the end of this week’s Cabinet meeting 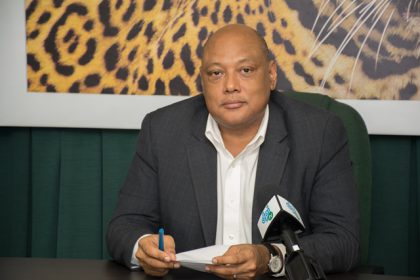 The new Department, which is expected to come on stream in approximately six months, will be housed at the Ministry of the Presidency, as per the recommendation of Minister Trotman. In the lead up to its establishment, Cabinet has mandated that Minister Trotman will head a Task Force, which would comprise the Ministers of Finance, State, Public Infrastructure and Business. The Ministers of Public Security, Public Telecommunications, Ministers of Education and Social Protection are also expected to be included.  The Task Force has been tasked with the formulation of a proposal for the development of the mandate of the Department of Energy, as well as how it will be structured and staffed.

The proposal document submitted to Cabinet by Minister Trotman stated that “given the evolving macro-economic and national security considerations, and the transformative nature of the imminent production of petroleum,” it is his view that several matters must be taken into consideration.  Key among those was the proposal that “all policy matters, including, but not limited to, the negotiating and entering into contracts, and issuing of licences for exploration and production, be transferred/re-assigned to the Ministry of the Presidency and placed within a Department of Energy and Development.”