Diaspora giving back to those in need

The overseas-based non-profit organisation, Florida-Guyana Hope Incorporated, has donated US$21,500 to be distributed to the needy. 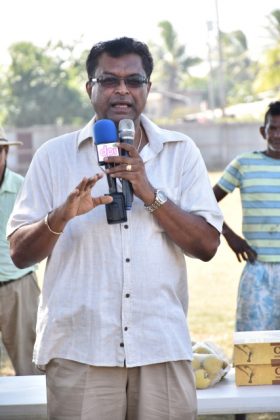 At a charity softball cricket match on Sunday, Mohamed Yasin, President of the organisation said this is the fourth year that the group has conducted such an initiative and the match is one several activities they are undertaking.

According to Yasin, the group has also donated to several charities across the country and shipped over forty wheelchairs and a container of medical supplies to be distributed among elderly persons.

He explained that the Florida-Guyana Hope Incorporated took the initiative in an effort to provide opportunities for others, “We want them to have it now. Children who need education further than elementary school or high school… folks who need immediate medical help like surgeries.”

Commending the organisation’s efforts on behalf of the government was Minister of Public Security Khemraj Ramjattan. “I appreciate that this is an extraordinary good thing that the diaspora in Florida is doing for the communities here in Guyana and I want to thank them.”

The minister revealed that whilst not being previously au fait with the group, he immediately lent his support once fully apprised.

Spectators of the day’s event were treated to a match between Florida-Guyana Hope Incorporated and Corriverton United, at the Crabwood Cricket Ground. 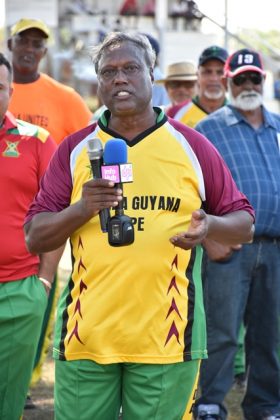