The official election race began last Friday with the APNU+AFC Coalition launching it Regional and National Elections Campaign at D’Urban Park in the capital city.

The turnout was in the tens of thousands.

Similarly, on Sunday the Peoples Progressive Party Civic (PPP/C) rolled out its election campaign launch at the Kitty Market Square. 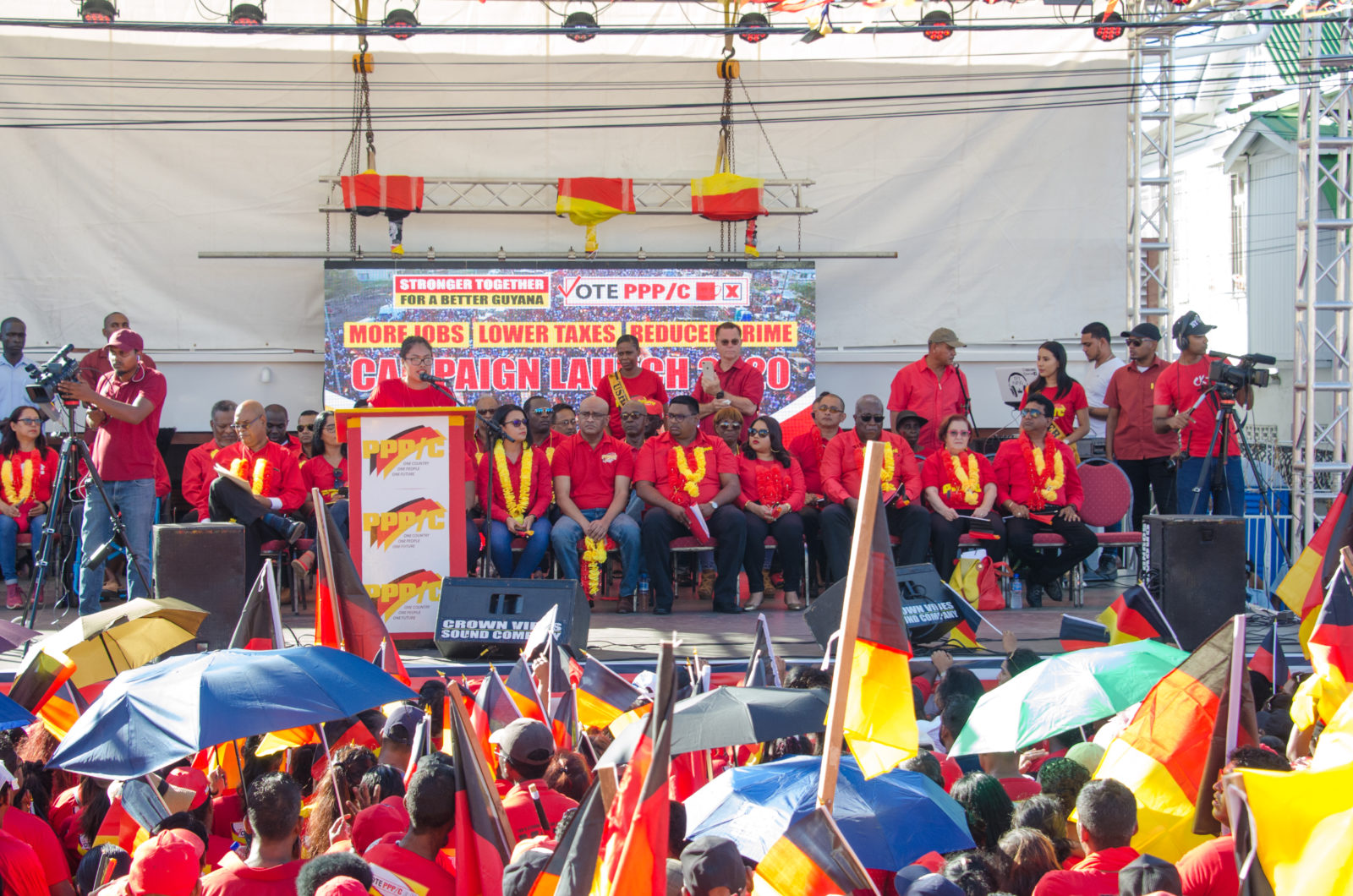 Supporters of the opposition party donned in their trademark red t-shirts waved their flags proudly as they ushered in this season of serious political decision-making.

During his speech, Ali urged Guyanese to embrace togetherness.  “Let us have each other’s back,” he urged.

This space where the campaign launch was held now boasts an upgraded Kitty Market; which was repaired and refurbished under the present coalition administration.

Regional and National Elections in Guyana is set for March 2, 2020.

The Guyana Elections Commission (GECOM) has set aside January 10, 2020, as Nomination Day.