The magnitude of “wrongdoings” found in the ongoing national recount of the March 2, 2020, General and Regional Elections could have an impact on the results of those very elections.

This is according to Commissioner of the Guyana Elections Commission (GECOM) Vincent Alexander.

Speaking to members of the media earlier today, Alexander said the electoral process gives precedent to the magnitude of the wrongdoings to see if it could affect the results. 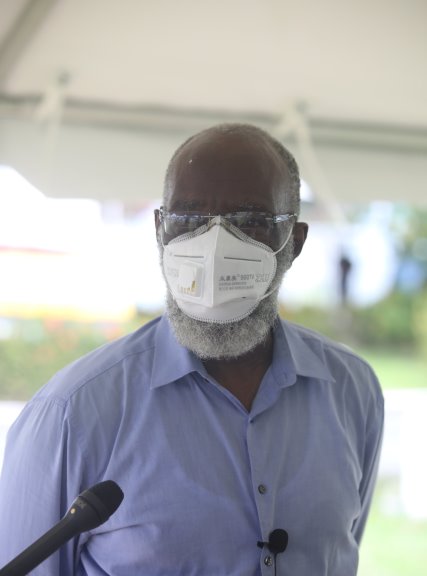 “If you have an election where the difference is between 20 and 40 votes and the wrongdoing is 80-100, then there could be a problem because then the wrongdoing could impact the final results. So that has to be the principle that partly guides what occurred,” he said.

During the national recount currently underway at the Arthur Chung Conference Centre (ACCC), party counting agents have been providing daily updates of discrepancies being unearthed at their respective workstations.

Alexander explained, however, that these are acts of “wrongdoing” are things that could be addressed during or after the ongoing national recount.

“If during the count it is discovered that somebody’s vote has been categorised as rejected when it should not be, that is corrected there and then. That of course, changes the count. There are those lines of things that can be corrected during the course.”

There are other issues that cannot be determined during the process, he noted.

For example, persons required to vote with an affidavit turning up to the polling place without an ID card. Alexander said if there a certain number of persons listed as not having ID card; the identification could not be made from those boxes.

He said with that information reaching the Chief Registration Officer, he can then determines instances of persons who have not returned.

The same could be garnered from the National Registration Officer for persons who have died before the elections.

Meanwhile, the commission will meet tomorrow to review all that has been taking place so far during the recount, including the way forward regarding the 25-day deadline or the process.

Commissioner Alexander reminded that results for each district will be delivered at the end of each recount, after which a report, including the observation report, will be compiled. The Chief Elections Officer (CEO) will then be guided by the commission before a final declaration is made.