(August 14, 2017) Emergency works on the Hunt Oil Stretch have successfully been completed and, as of Friday afternoon, traffic flow had resumed as per normal. 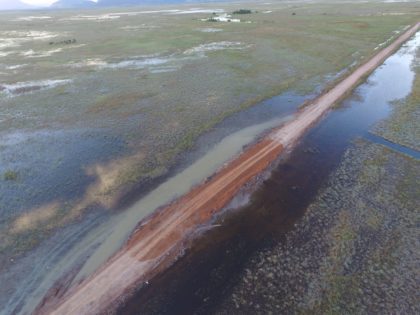 Following reports of deterioration of the stretch due to prolonged rainfall, the Ministry of Public Infrastructure sprang into action to have the situation remedied as quickly as possible. The efforts even saw the hauling of laterite from more than 20 kilometres away to ensure the sourcing of quality material.

The contractor, JR Ranch Inc., revealed that sections at the side of the roadway before the particularly bad areas were first filled to create turnaround spots for the trucks due to the road’s narrowness. Three areas along the stretch were also filled and compacted. Furthermore, an excavator was used to form two cofferdams at the sides of the eroded spot in an effort to remove all accumulated slush and water prior to filling and compaction.

The Ministry and the contractor will continue to monitor the stretch of road to ensure that there is no further need for filling and compaction and that the issue does not reoccur.

Meanwhile, a maintenance programme under the Ministry’s Hinterland Department will soon be coming on-stream to rehabilitate a number of corridors, including those from Linden-Lethem; Ituni-Kwakwani; and Mabura-Mahdia. This programme is slated to last for one year. 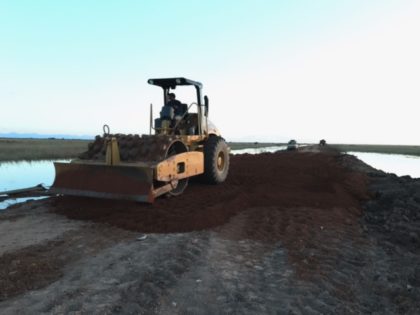 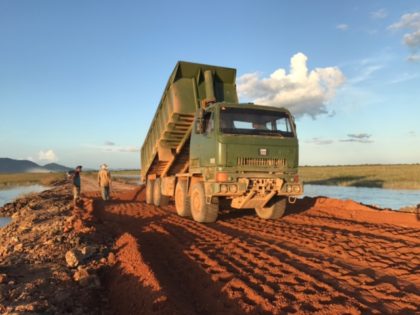