― “Essequibo, you are better off than Demerara” – Min. Patterson

― an additional 1.5MW to be added in near future

After years of neglect under the previous administration, the living standard of residents in Essequibo has been elevated. This is due to the Coalition Government’s commissioning of a 5.4-Megawatt (MW) Power Plant in Anna Regina on April 27.

Minister of Public Infrastructure, David Patterson with responsibility for the electricity sector reflected on the difficulties the Granger-led administration has experienced in maintaining adequate power supply to Region 2 (Pomeroon-Supenaam). The minister explained the 1995 Wartsilla Power Plant located in Anna Regina that produces 4MW of electricity could not meet the demand of the region.

“The power generation on the coast was an issue from day one [of assuming office]. A more permanent solution was needed.” 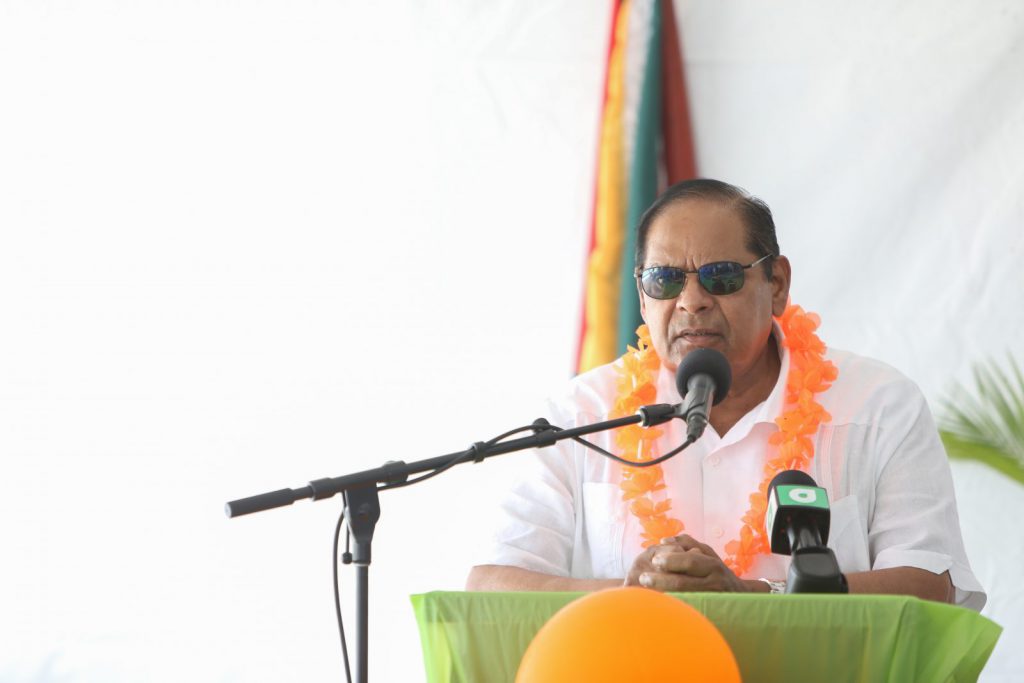 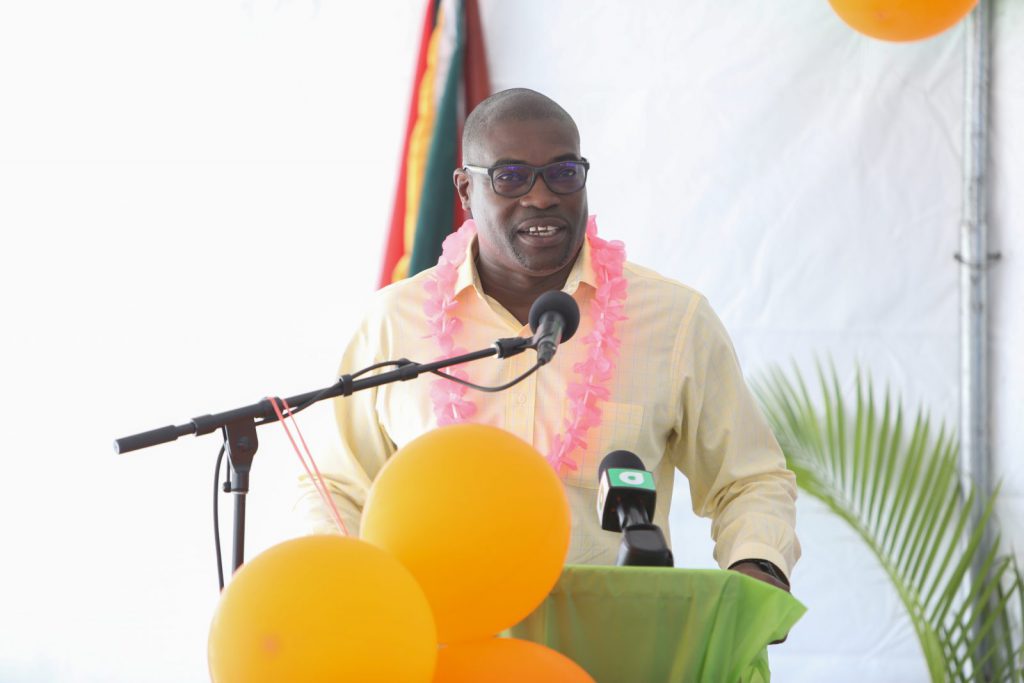 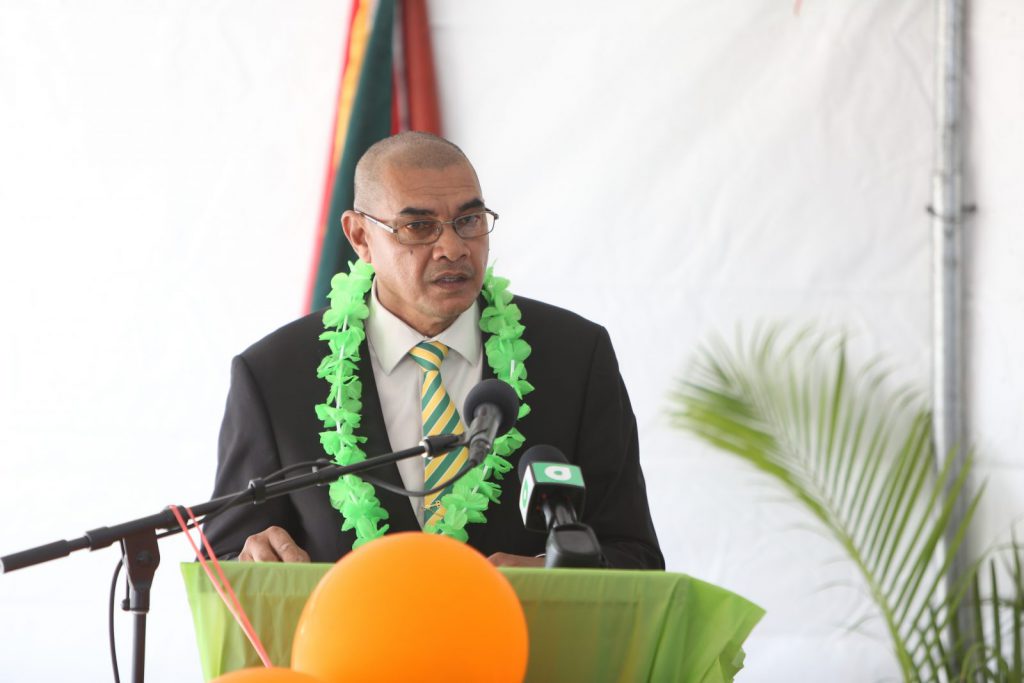 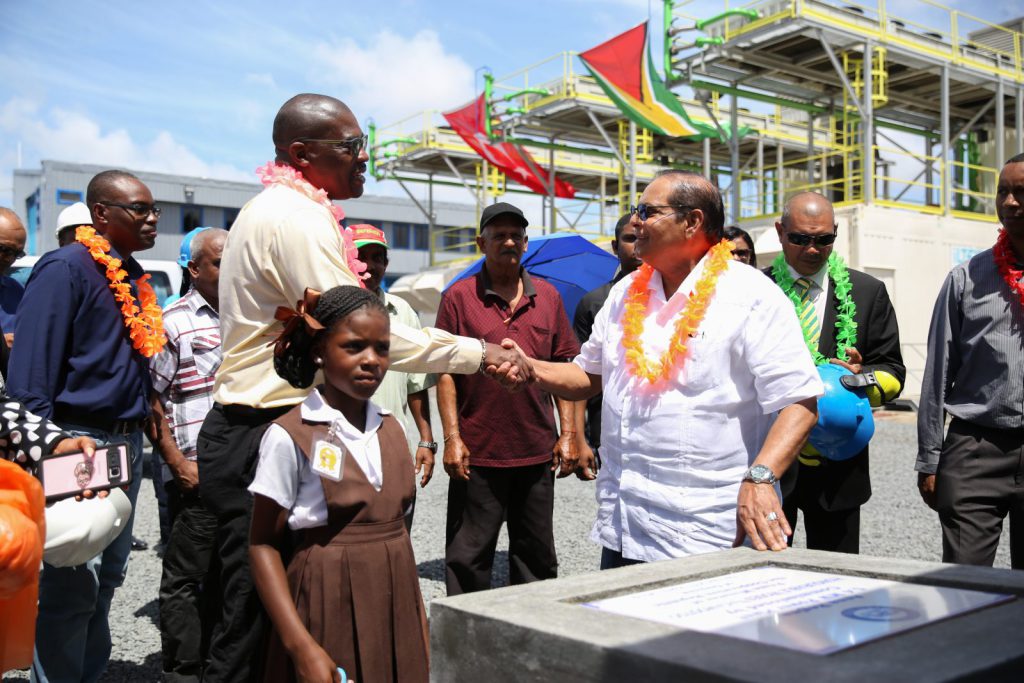 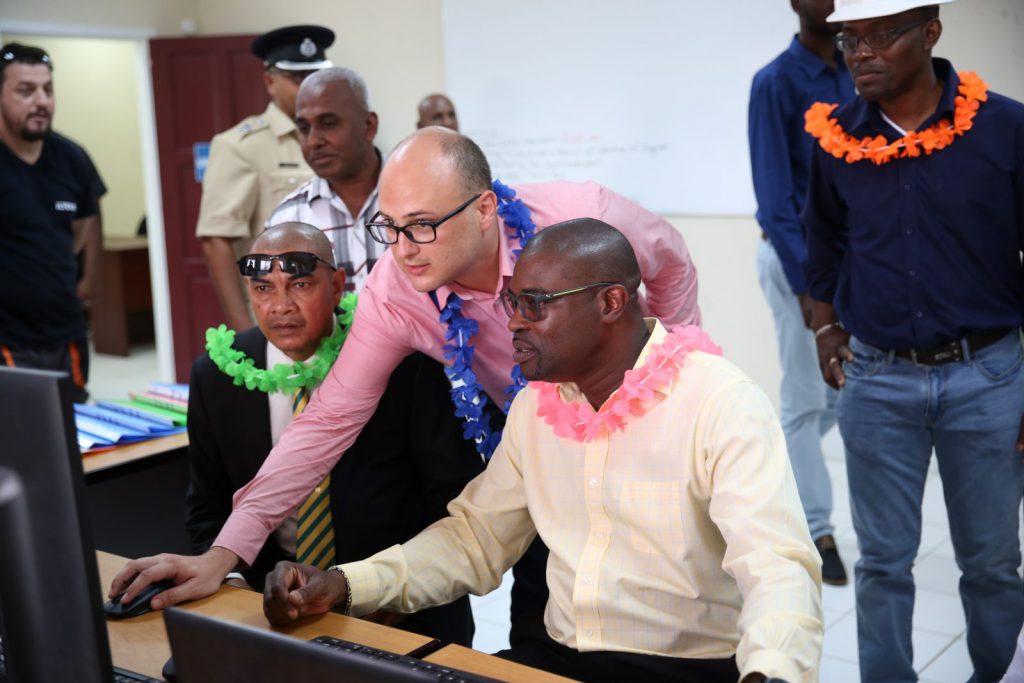 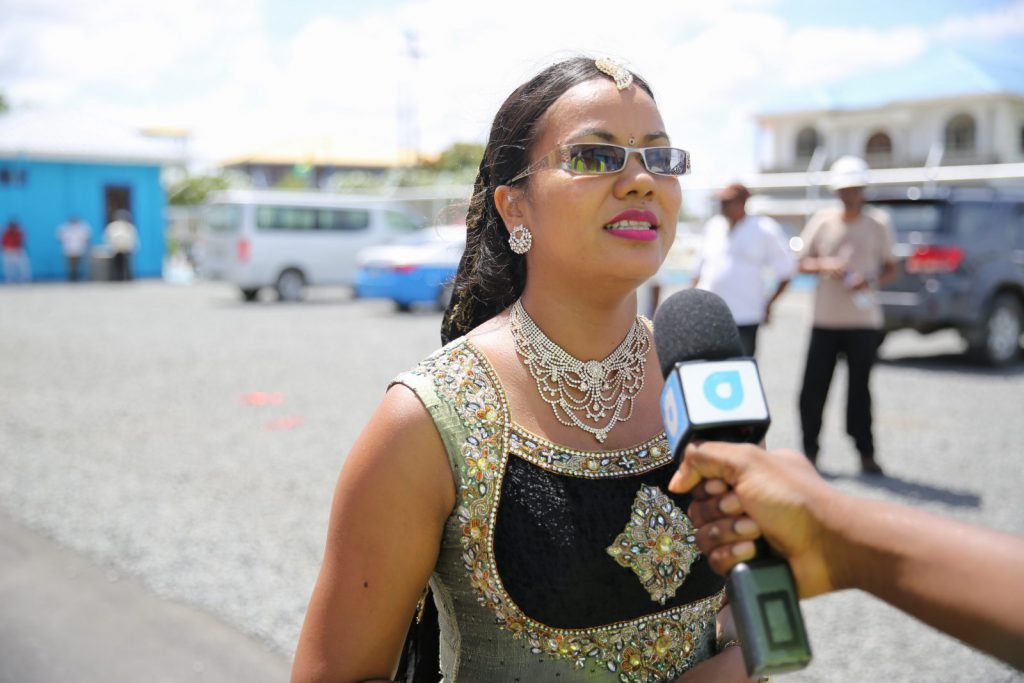 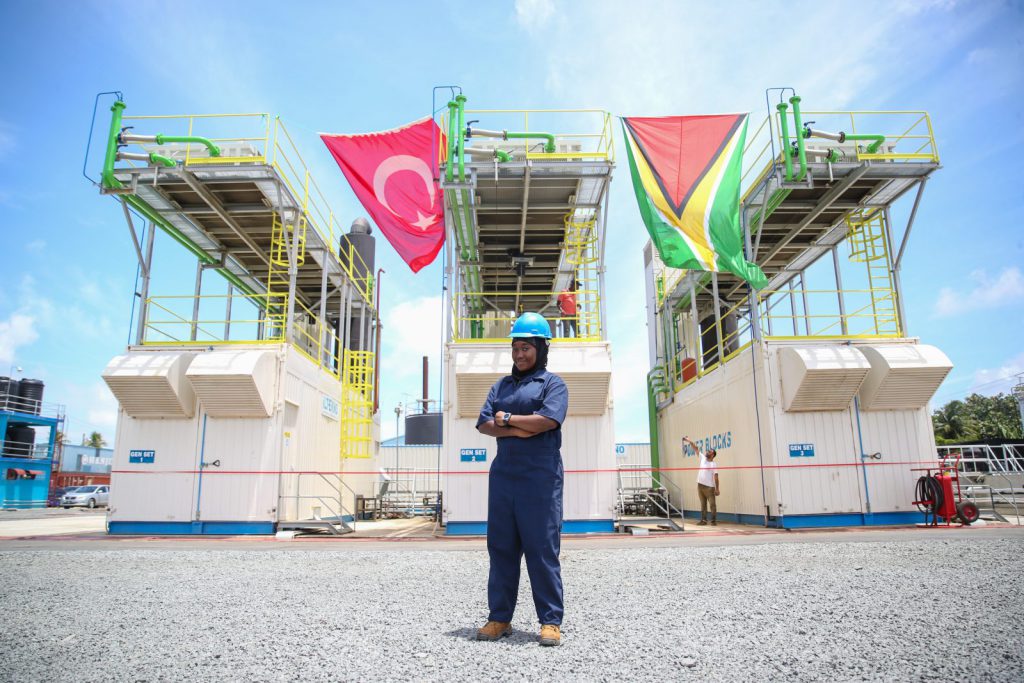 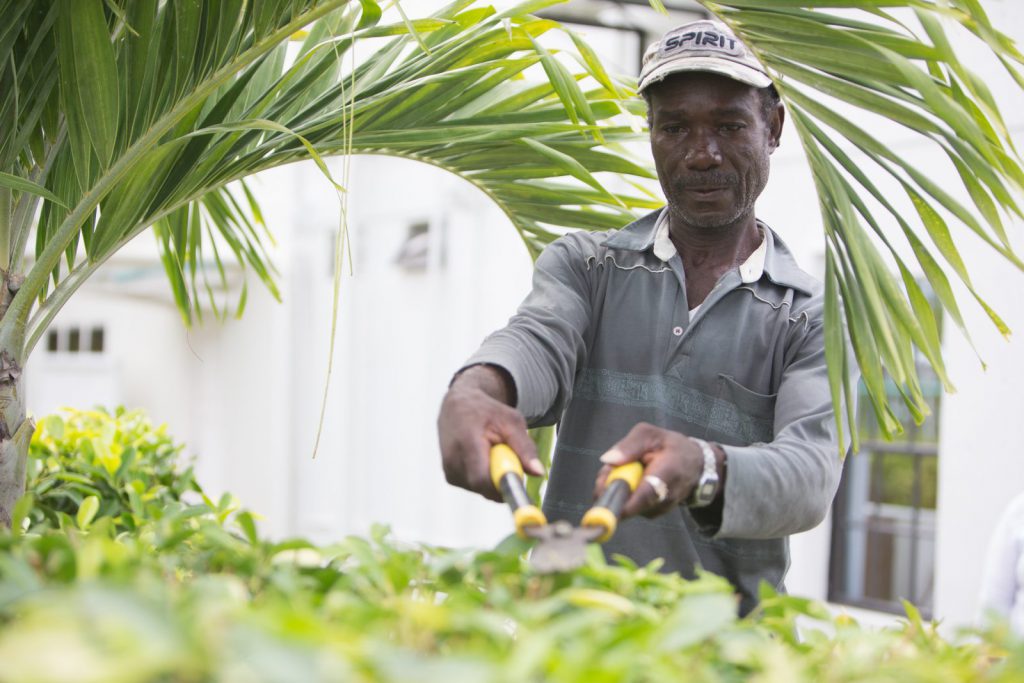 A resident of Dartmouth, Euclid Stephen.

“Progress will continue to come to Essequibo and with progress, there is increased demand for power supply… we will keep three containerised [generation] sets that will provide 5megawatts [of additional power to the Essequibo Coast].”

With Region 2 now being bolstered with a dependable energy supply, Minister Patterson confidently told those at the commissioning ceremony, “Essequibo, you are better off than Demerara”, with respect to electricity supply.

Meanwhile, Guyana Power and Light’s (GPL) Divisional Director, Ryan Ross, in his remarks, said the establishment of the Anna Regina Power Plant was in keeping with GPL’s mandate of “improving our availability, our reliability and quality of service for our customers”. GPL’s Divisional Director also proudly spoke of the plans to add another 1.8 megawatts to the power plant soon.

The Department of Public Information (DPI) was able to interview many of the residents at Saturday’s commissioning ceremony to gather their thoughts on the addition of the power plant to Region 2’s electricity grid. “This is a really wonderful initiative and we are so appreciative for it… People will spend less, and they will not have spoilage of food items”, said Lalita Saytoo.

“The power plant will benefit people in the community and on the whole coast,” added Euclid Stephen, a resident of Dartmouth.

In his address following the commissioning of the power plant, Prime Minister, Moses Nagamootoo noted that it was a promise delivered.

“GPL [Guyana Power and Light Incorporated] has delivered on a promise. We [the Government] have a vision for Guyana and that vision will never be and should never be allowed to be extinguished.”

In keeping with the Coalition Government’s commitment to fulfilling the United Nations Sustainable Development Goals (SDGs) Goal #7, which ensures access to affordable, reliable, sustainable and modern energy for all, the Anna Regina power plant is also equipped with an incinerator to conduct its operations in an environmentally safe manner. As part of the government’s plan to enhance electricity production to the Essequibo Coast, a 1.5megawatt Photovoltaic Power Station is set to be completed in both Wakenaam and Bartica.