“Extraction of resources must be done sustainably” – Natural Resources Minister

The issues of addressing environmental challenges must be balanced with sustainable mining practices across the sector, so says Minister of Natural Resources, Hon. Raphael Trotman.

Appearing as a guest on VOG ‘INSIGHT’ radio programme, he pointed out:

“It is something we need to keep a constant watch on. We know we are doing our jobs when we receive complaints, both, from the conservationists and the miners, in the same week. Our job is to manage the pace of development and we do so, of course, by ensuring that there are roads in the different mining and forest areas or concessions areas.”

The Natural Resources Minister explained that his office works “in tandem” with the Environmental Protection Agency (EPA) and the Guyana Geology and Mines Commission (GGMC) to ensure that “turbidity of water is kept to a minimum; the use of mercury is not widespread or rampant and therefore destructive and we try to ensure that communities are consulted.”

Acknowledging that everything is not achievable simultaneously, Minister Trotman noted that harsh criticism and advice are accepted and taken on board to keep his office focused on a policy developed by the His Excellency, President David Granger; when he formed the ministry in January 2016.

This, he said, is to “ensure the sustainable extraction of the resources, having regards to the green economy.” 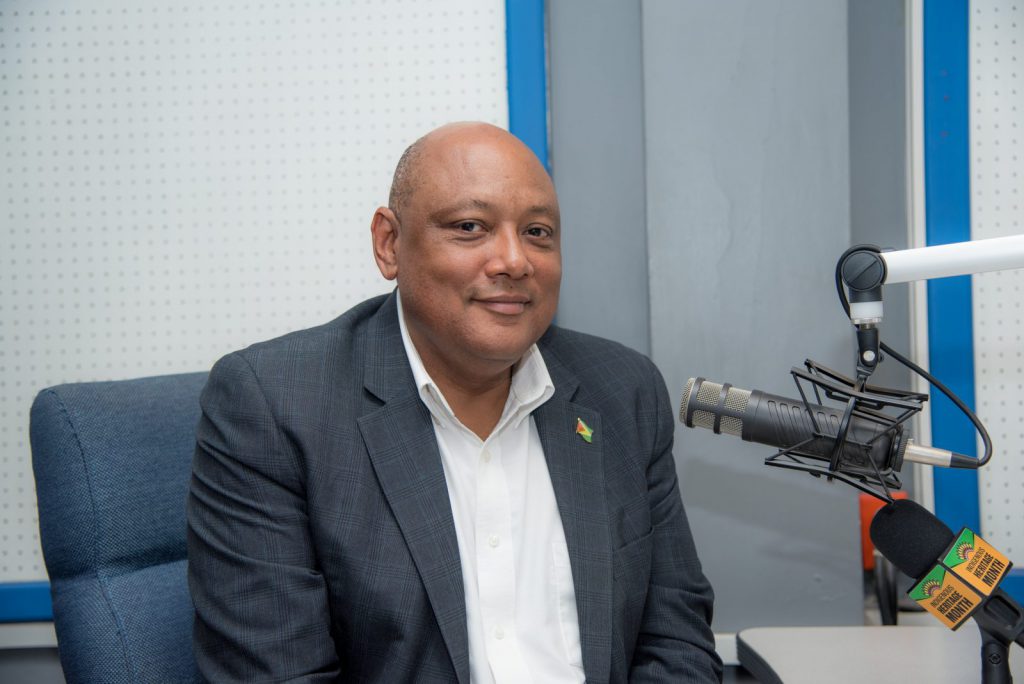 Describing the production of gold as the leading contributor to the nation’s economy, the minister said that for every ounce extracted, there must some environmental disturbance and possible effects on nearby communities.

“Even as we push extraction, we must ensure that we don’t do so in a callous manner or in a manner which disrespects or desecrates the environment.”

He referenced incidents at Chinese Landing and in the boundaries of the Kaieteur National Park and the steps taken two years ago to halt operations.

“Sometimes, you’re in a dilemma, because on the one hand you’re told mining is illegal and on the other hand, you’re told you’re interfering with peoples livelihoods… It highlights the tension between managing people, managing resource development and the pace of that development,” he explained.

Highlighting the Leticia Columbia meeting, where the Amazon fires and deforestation challenges were discussed, Minister Trotman stated that the Leticia Pact resulted.

“Now the UN General is called to assembly and I know the agenda is going to be advanced.” He added, “We have to allow some development to occur, within and around it but not to the extent that we destroy it because in doing so, we are in a sense committing suicide. We may not see it now but for every tree that is felled or not replanted, we are depleting the ability for the earth to heal itself and to replenish by sequestering carbon so it is an ongoing challenge.”

According to the Natural Resources Minister, the aim is to ensure that the extractive industry operates within the context of the Green State Development Strategy (GSDS) as it oversees the industries, countrywide. He cited the example of the Kingdom of Norway as one to follow.

“They are very high on renewable energy, solar energy, particularly hydro-energy and at the same time produce gas, which they export and they produce oil, which they use and export. So, we look to Norway, beyond the agreement we have with them to maintain the forest. We look to them as a good example of how we can achieve a green economy.”

Editor’s Note: Turbidity is a measure of the degree to which the water loses its transparency due to the presence of suspended particulates. The more total suspended solids in the water, the murkier it seems and the higher the turbidity.