First Lady, Mrs. Sandra Granger, this morning, attended the 22nd Anniversary Celebration of the SANRIC Senior Citizens Group at the Church of the Transfiguration in North East La Penitence. In her address, Mrs. Granger said that she was pleased to have been invited to celebrate with the group. 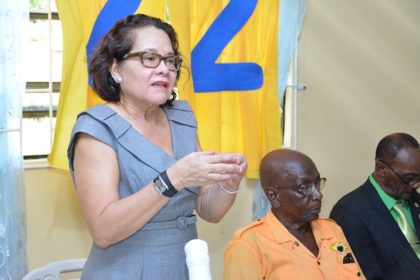 “I am very happy to be here, especially as we are coming to the end of this month, which is dedicated to our seniors, because you know what you have contributed over the years. It might not be known publicly, but each one of you would have made a contribution in some way, whether it was ensuring that your children and grandchildren grow up with some manners…you went out and you worked and did something [to] help your family or you were always there to provide advice and a shoulder to lean on when your family and friends needed it,” Mrs. Granger said.

The First Lady urged the members to be more active and involved with the younger generation.  “Once you’re out and active and engaged, you enjoy your life a bit more…being active keeps your mind engaged and your spirits up.  I would like to encourage you within the church, to have an [open interaction] with your young people, you will find it makes both sides livelier and you learn a lot from it,” Mrs. Granger said. 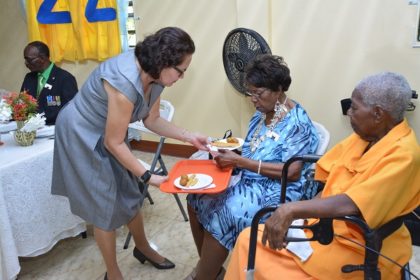 Meanwhile, President of the group, Mr. Stanley Troyer said the name SANRIC was coined by the group members in honour of former founding members Sandra Hooper and a previous priest at the Church of the Transfiguration, who is only remembered as Mr. Rickford.

“The main goal of the SANRIC Senior Citizens Club is to bring first of all, a little bit of happiness to the seniors who would have enjoyed a harsh life, and to bring some sort of joy and respect to them,” he said.

The Club has 91 members, who are drawn from several groups, the Lutheran group, St. Paul’s, Salvation Army and many others. Apart from the members who turned out to observe the group’s anniversary, two of the group’s oldest surviving members, Past President of the group Sister Joyce Butts and Sister Dorris Williams, celebrated with them through an afternoon of music, poem and songs of worship. 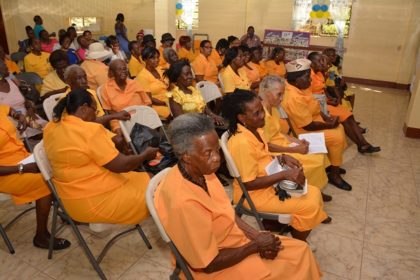 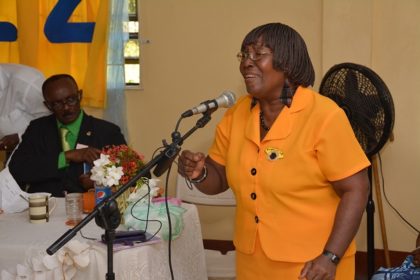 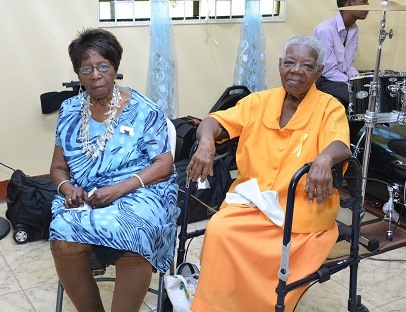 Two of the oldest surviving members of the SANRIC Senior Citizens Group, (L-R) Past President of the group, Sister Joyce Butts and Sister Dorris Williams 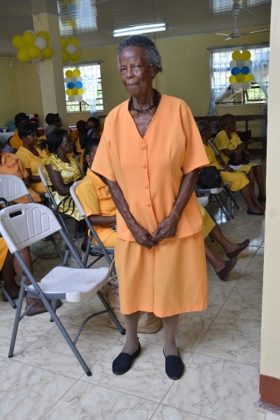