Five food outlets in and around Georgetown are facing impending closure by the Mayor and City Council’s Meat and Hygiene Food Department. This was disclosed yesterday by Acting Head of the Department Abiola Baker during a press conference. 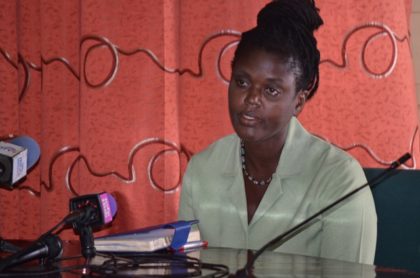 Baker said that none of the five businesses have the necessary documentation that would permit operation of any sort, more so a business that deals with food. Some of the outlets that are being closed have been notified since 2015.

Two of those businesses are located on Sheriff Street, one in Castello Housing Scheme, another on Dennis Street and one on Duncan Street. It was also disclosed by Baker that the council is preparing to close more food businesses that are not complying with the laws.

Town Clerk Royston King, speaking to the issue, said that the non-compliance of the regulations and bylaws governing food establishments is something that has been ongoing for years.

King stated that “we are now taking action to close them down because we have an interest in securing the public health of our local neighbourhood and all of our citizens… it is for the good of the citizens of the city.”

The M&CC continues to play its role in ensuring that citizens who are purchasing fast food are consuming food that is prepared in sanitary conditions. Only recently, the M&CC held a workshop with persons who operate food business on safe food practices. They were also encouraged to get their food handlers certificate.