From stage to screen

– ‘Political differences shouldn’t divide us as a nation’

Locally-produced movie ‘I Am Us’ has been launched with a special screening at Caribbean Cinemas located at the Giftland Mall.

The film deals with the acceptance of political differences while living in harmony.

It was produced and directed by media personality Neaz Subhan and drew many viewers Wednesday night, including Minister of Social Cohesion, Hon. Dr. George Norton.

The movie, originally a play presented by the Ethnic Relation Commission, was produced within two months with limited resources. Dr.  Norton noted the exceptional reviews ‘I Am Us’ received when it was performed at the National Cultural Centre last year. 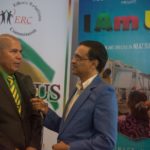 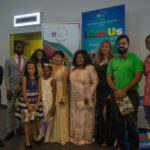 Some of the actors/actresses. 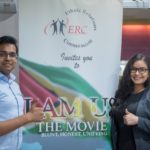 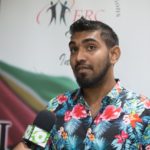 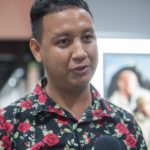 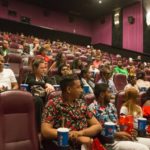 Onlookers and actors enjoying the film.

“I am very glad to see that this very important play will now hit the big screen, open for all Guyanese to see…I believe the airing of I Am Us will further vote for the efforts of the Department of Social Cohesion in fostering peace and maintaining harmony within our borders.”

“I hope that this film will promote introspection and inspire behavioural changes in our society.”

The movie featured a mixed cast with representation across age, gender and ethnicity.

“I think the message, the underlying message, of unity, of social harmony of social cohesion and seeing beyond race and identity and seeing us for who we are as Guyanese is a message that needs to be heard across the country.”

While recommending the movie to others, Dr. Khan also expressed his appreciation for what it has done for local production.

Moviegoer, Adrian Watson, said that he was entertained and understood the important messages relayed through the movie.

“Yes, it does [reflect our motto – One People, One Nation, One Destiny]. It shows the unity between one, no matter what colour, skin or race you are, we are all Guyanese and we all are people.”

Another viewer, Andrew Dhanraj, described the film as ‘great’ with the importance of racial harmony standing out.

Minister Norton urged all Guyanese to unite as one people. “[T]he common goal is to build a better Guyana …We all have an equal role to play in the development of this dear land of ours.”

‘I Am Us’ opens for public viewing on Friday.