Getting off ‘on the front foot’

─ in preparation of heritage games 2020

Following a donation of cricket gear, the community of Monkey Mountain has been encouraged to establish a cricket team that can be fielded for the next Indigenous Heritage Games in 2020 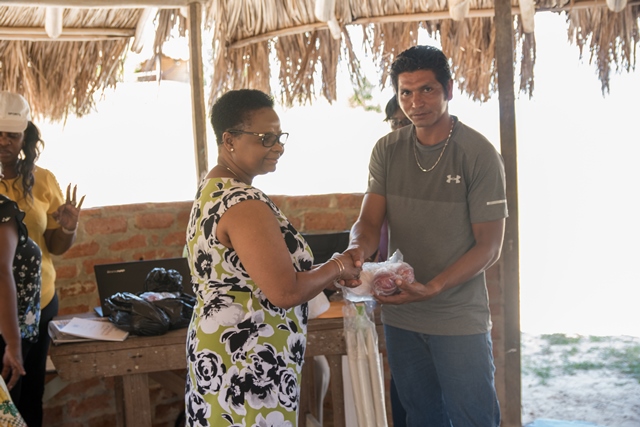 Minister of Public Health l, Hon. Volda Lawrence hands of some of the sport equipment to Toshao of the Monkey Mountain Village, Lincoln Singh. 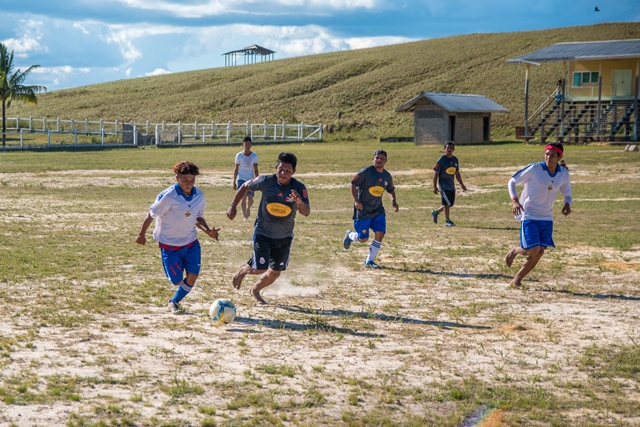 A scene of the football match between the Monkey Mountain and Brazilian teams.

The call came from the Public Health Minister, Hon. Volda Lawrence and Minister within the Ministry of Indigenous Peoples’ Affairs, Hon. Valerie Garrido-Lowe during a recent visit to the Region 8 community.

Minister Lawrence noted that the contribution of sport equipment is three-fold; firstly, it helps to fulfil a health initiative of promoting physical activity while secondly pushing sport development and thirdly, grooming untapped talent in the hinterland.

Lincoln Singh, Toshao of the village, accepted the charge and remarked that sport serves as one of the main entertainment activities in the village, noting that cricket will be a significant addition.

Minister Garrido-Lowe also handed over necessary gear and equipment to the village’s active football team. During their visit, the ministers took time to view a game of football which was being played between the Monkey Mountain football team and a team from neighbouring Brazil.

The team has also participated in an Annual North Pakaraimas Football Tournament, the last of which took place in August 2019.