A visit to the Region 9 communities of Karasabai and Yurong Paru, and Monkey Mountain in Region 8 from Monday February 20 to Wednesday 22, 2017 by a team comprising Ministry of Natural Resources, the Guyana Geology and Mines Commission and the Environmental Protection Agency resulted in the shutting down of three illegal mining operations. 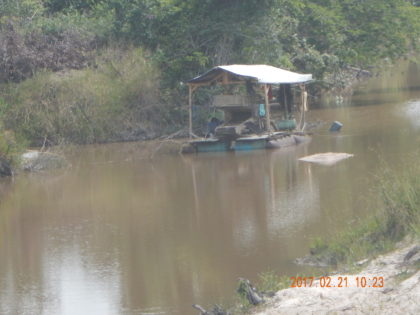 The visit resulted from a directive  issued by Minister of Natural Resources Hon. Raphael G.C. Trotman M.P., following  a letter written to him by Mr. Bryan Allicock, Regional Chairman of Region 9 (Upper Takatu-Upper Essequibo) in early February, which raised the issue of alleged illegal mining activities which were alleged to be the cause of water pollution.

The team, which was led by the Compliance Division of the Ministry of Natural Resources and included environmental officers from the Guyana Geology and Mines Commission (GGMC) and the Environmental Protection Agency (EPA), found that the turbidity levels in the Echilibar River exceeded 30 ntu (Nephelometric Turbidity Unit), the recommended limit in the mining regulations. It was also determined by the officers on the ground that the 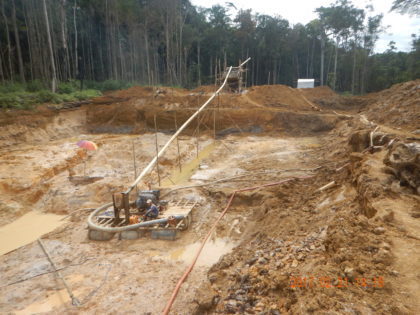 turbidity levels were as a result of illegal mining operations.

As a result, the GGMC issued Cease Work Orders to two operations in one location on the left bank of the Echilibar River and to one other operation farther inland. The mining activities were all taking place in the drainage basin of the Echilibar River, which discharges into the Ireng River that borders Brazil.

The Ministry of Natural Resources and the GGMC are in receipt of information which suggests that many claim-holders are granting small miners verbal permission to work their claims without seeking the prior approval of the GGMC.  The Ministry and the GGMC will be taking strong action against such persons – many of whom are prominent miners.