The Guyana National Bureau of Standards (GNBS) hosted an open day and exhibition to promote the benefits of standards for regulators, businesses, and consumers, in observance of World Standards Day. 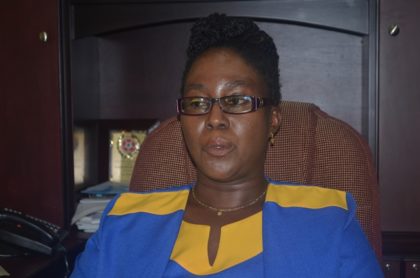 Candelle Walcott–Bostwick, Executive Director, GNBS encouraged the public to embrace the implementation of standards, as it will ensure the return of value for their money. She recommended that consumers understand the importance of standards, particularly as it relates to purchasing from vendors and suppliers.  Walcott–Bostwick cited the example of the use of metric weights for the measuring of commodities.

The GNBS Executive Director also encouraged farmers to implement the grading standards that are readily available at the agency along with standards for agro-processed products.

“By implementing those standards, it would allow our local manufacturers and producers to access regional as well as international standards that were developed at the regional level which the CARICOM member states have all contributed to,” Walcott-Bostwick noted.

The Open Day and exhibition was one of GNBS’ activities slated for National Quality Week (October 08-14) being observed under the theme, “Standards make cities smarter.”  The agency will also conduct its first Quality Awards ceremony where eleven local companies will be awarded for their outstanding implementation of standards.

The agency’s mandate is the development and implementation of standards to enhance business competitiveness and ensure consumer protection, in accordance with established procedures to ensure consistency, efficiency, and effectiveness in the provision of such services.