Georgetown, October 16, 2018:  As part of its efforts to educate citizens and foreigners about the opportunities available in Guyana for investment, the Guyana Office for Investment (GO-Invest) has been rigorously conducting activities in a number of areas countrywide and this past weekend was no different with the Agency’s participation in the Lethem (Region Nine-Upper Takutu, Upper Essequibo) Town Week launch.

Chief Executive Officer (CEO) of GO-Invest, Mr. Owen Verwey, prior to the launching ceremony, visited the new radio station at Lethem (Radio 95.1 FM) where during a special interview on the Agency’s activities in the Region, he outlined GO-Invest’s initiatives to encourage and attract investment and to assist interested investors to the country.

GO-Invest’s CEO, Mr. Owen Verwey presents Lethem resident Fiolene Jacobs with her hamper from, following her successful participation in the Quiz on investment at GO-Invest’s booth during the Lethem Town Week launch. 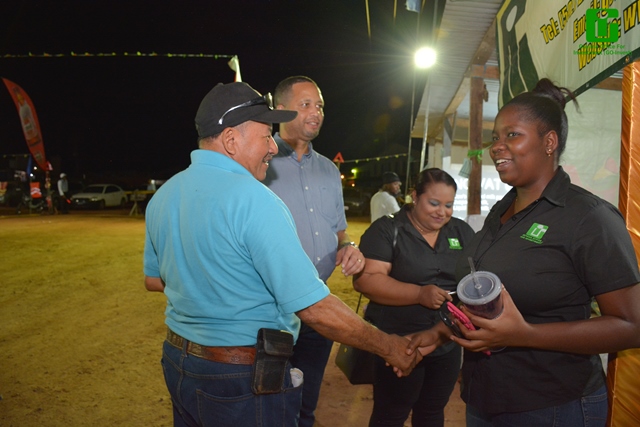 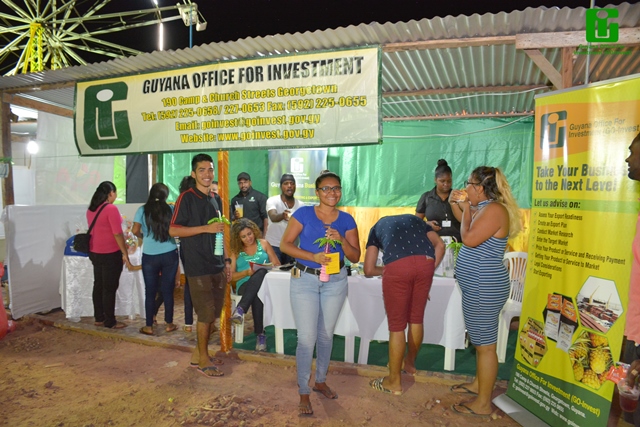 Residents of Lethem and visitors to GO-Invest’s booth participating in the Agency’s QUIZ on Investment sectors. 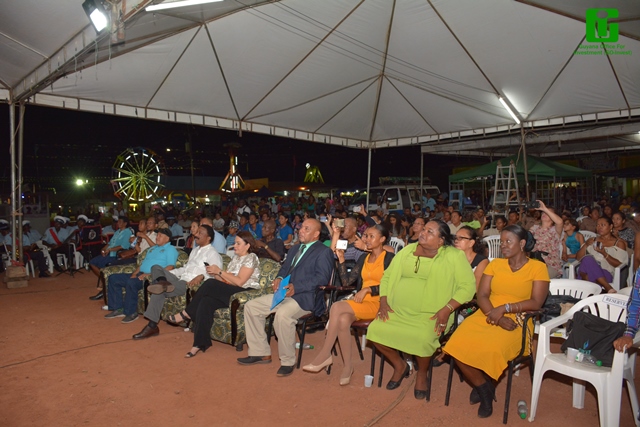 A section of the crowd of attendees during the launch of Lethem Town Week. 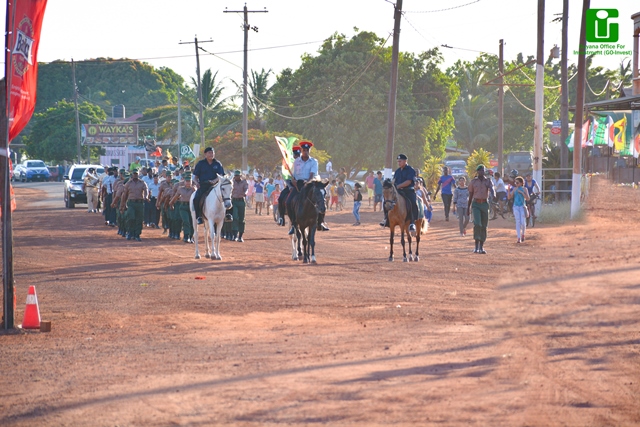 A horseback parade during the launch of Lethem Town Week.

Verwey explained that some persons are confused by the Agency’s name, believing that its function is to lend money for investment. He said this wasn’t the case, as its primary role is actually to promote and facilitate investment as well as promote trade (exports) out of Guyana.

“In many other ways we do get involved in trying to do the facilitating role of engaging businesses to invest and to trade and providing whatever support we can by liaising with the other agencies such as the Ministry of Business and the Small Business Bureau and working with the Foreign Missions of Guyana across the world to provide them with information and the necessary support to encourage investments and to facilitate foreign investment in Guyana.”

Verwey pointed out that when investors visit Guyana they are usually looking for somewhere to provide information and a macro-economic view of Guyana’s economy in terms of demographics, sectors and industries. As such, GO-Invest assists with these services, he said.

But to educate persons in Lethem as well as visitors to the Town Week event about the Agency, its work and investment-related activities in Guyana, GO-Invest provided residents and foreign visitors on Sunday with a chance to win hampers once they participated in a Quiz on GO-Invest’s purpose and its services among other topics.

Questions were posed about the specific role of GO-Invest, sectors in Guyana ripe for investment activities and opportunities in tourism. Participants were given the opportunity to view short videos presented by the Agency and answer questions based on what they had heard.

Mr. Verwey has indicated that during his tenure as CEO, which has spanned approximately two and a half years, there has been a significant increase in persons visiting GO-Invest’s office to seek its services including Guyanese and foreigners.

Meanwhile, during GO-Invest’s visit to the Region, the Agency launched a billboard erected at a strategic roundabout, a stone’s throw away from the Lethem commercial area and in close proximity to Brazil’s border with Guyana. Its message is in Portuguese and English with a pictorial view of the various sectors with investment opportunities and incentives.