— “We have gone past the days where you have a govt with phantom squads, police brutality, drug trafficking that plagued our society – We must not go back to those days”

Guyanese can continue to live in peace and harmony and relish the “good life,” but this could only happen once they support a government that makes every citizen a priority. Minister of Social Protection, Hon. Amna Ally relayed this while she was at a community meeting, held this afternoon in Atlantic Ville. 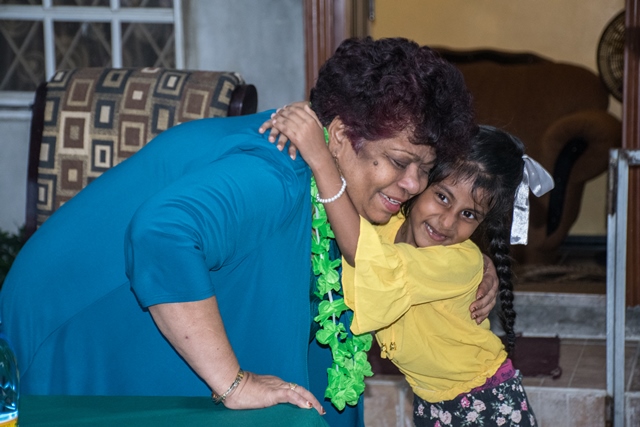 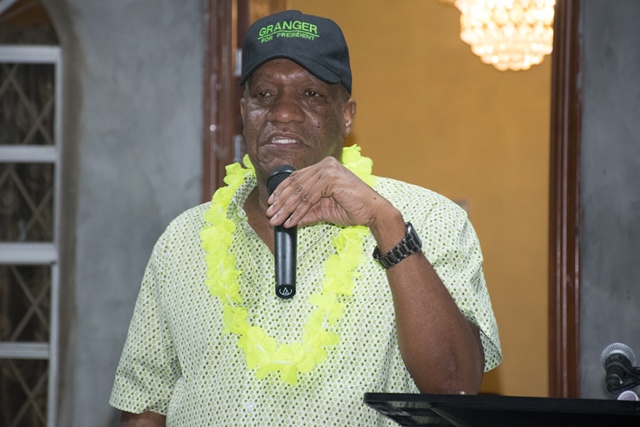 Joseph Harmon, the Director-General (DG) of the Ministry of the Presidency. 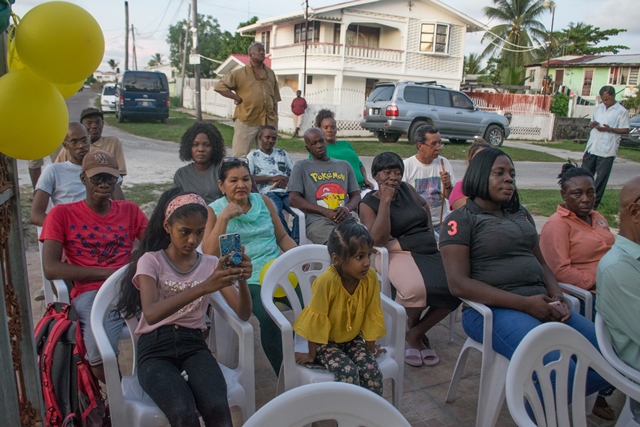 Some of the residents seated during the meeting.

The Social Protection Minister was accompanied by Director-General (DG) of the Ministry of the Presidency, Joseph Harmon.

Minister Ally said there is much evidence which indicates that the current administration should be re-elected come March 2, 2020. She confidently stated that the government will return to office; emphasising significantly, that there is more to be done and can only be effectively accomplished by the Granger-led administration.

“I know you would want all these developments to continue, and if this is so, your choice must be the David Granger administration.”

She said the APNU+AFC Government does not look at ethnicity but meet every resident at the grassroots level. According to Minister Ally, Guyana is not corrupt compared to prior 2015.

“We have gone past the days where you have a government with phantom squads. I don’t forget police brutality in those dark days, and we must not forget the drug trafficking that plagued our society, taking our young boys and even girls down a dangerous road,” Minister Ally reminded the gathering.

“Forward ever, backwards never!… We must not go back to those days. We want development for ourselves, our neighbourhoods and our country. We want a better life, and that life was promised to you by your current President, His Excellency David Granger,” the minister further encouraged.

Also taking the opportunity to address the gathering, DG Harmon called on members of the community to unite and work towards enhancing their community. The DG was commended for his commitment to rehabilitating a plot of land for recreational purposes. He was approached by young men earlier in the day concerning the very project, and in less than two hours, the process of clearing the land was commenced.

“The government will always support you, but it requires too your help and willingness as a community,” he said.

He also addressed a statement which, he said, was made by the Opposition Leader, Hon. Bharrat Jagdeo earlier Thursday regarding government’s announcement of salary increases. The statement, the Director-General described as malicious and untrue, was implying that the recently announced salary hike will not benefit the disciplinary services.

“What we [the government] have done, just as in previous years, is give the larger percentage of the increase to the lower level and the more salary you receive, you receive less… therefore, the persons on the bottom of that scale will continue to get more until they catch up with the high paid people,” DG Harmon explained.