Gov’t Analyst Food, Drug Dept. to have governing documents amended – among other plans for 2017 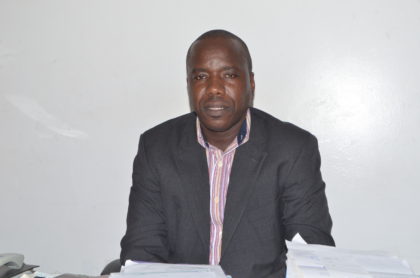 Director of the GA-FDD, Marlan Cole told the Government Information (GINA) that this is among other major goals that the department will be working towards during the course of 2017. Cole said that the Ministry of Public Health has lent tremendous support in coining these objectives, which will prompt the department to work towards achieving them in the shortest possible time.

“Now the Act, we would do so quickly in terms of revising the Act and ensure that we have coverage for some areas because the Act has been (in existence) since 1971. There wasn’t any upgrade (since), then, only relative to the fees, but there (are) some section(s) of it where we are hoping to ensure that we are now a corporate body and therefore we (would) have a little more flexibility in terms of doing things and carrying out our mandate,” Cole explained.

As currently outlined, the Act governs the GA-FDD’s outdated laws which generally do not apply to the modern state of the country. This does not allow the department to function effectively since most orders and regulations only speak for a time past.

Another major goal of the GA-FDD set to be achieved is the accreditation of all testing labs attached to the department. “You would see the food and drug department laboratories being accredited according to the ISO 17025 standard, meaning what (ever) documentation we produce, what analysis we do, and we issue a certificate from the laboratory, (that) would be accepted in the international community because we would have subjected ourselves to the process of the ISO standard, and therefore, when we issue a document, it would be recognised globally,” Cole added.

In most major countries, ISO 17025 is the standard for which most laboratories must hold accreditation to be deemed technically competent. Originally known as ISO/IEC Guide 25, ISO/IEC 17025 was initially issued by the International Organisation for Standardisation in 1999.

Additionally, the commencement of construction of the new GA-FDD complex is projected for this year. The total cost for constructing and equipping the building is $130.7M. The construction of a laboratory and administrative building for the Food and Drug Department will cost $110M. The $20.7M will be used to procure laboratory supplies, quality control aids and proficiency testing materials.

The GA-FDD serves as a regulatory body, ensuring that consumable goods (drugs, food and beverages) meet international standards and requirements, and are healthy for human consumption. The department also ensures that when these items are imported they are screened, meeting local standards before being released to the market for sale.

The protection and well-being of consumers, enhanced competitiveness of industries regulated under the Food and Drug Act of 1971 also remains high on the department’s agenda. This will be facilitated through ensuring the safety and quality of food, beverages, cosmetics, medical devices and water through the establishment of safety and quality assurance systems.

It also facilitates the delivery of timely and efficient services to all clients of the department, the provision of precise and accurate analytical results which are “fit for purpose” and to meet customer satisfaction.