The Ministry of Public Health’s Mental Health Unit will be forging ahead with programmes through collaboration with key government ministries to further combat suicide.

The World Health Organisation (WHO) has declared that Guyana is no longer the suicide capital of the world, but there is still the need to tackle the high rates of suicide locally.

Director of the Mental Health Unit, Dr Util Richmond-Thomas told the Government Information Agency (GINA) that each of the government ministries that will be involved in the collaborative effort will contribute in the joint fight to end suicide by spreading awareness. 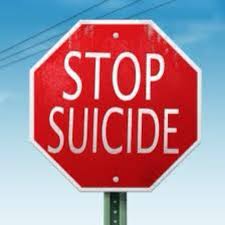 The Education Ministry will incorporate mental health topics into the Health and Family Life Education (HFLE) syllabus in secondary schools. This aspect is pending the approval of the Ministry of Education before being rolled out shortly.

“Our young people, we would have to give them the coping skills that they need to have a productive lifestyle. We have to educate them about mental illnesses and different kinds of topics that have to do with mental health. We are ready and waiting to go into the schools and use whatever time they would allocate to us, but so far we haven’t gotten the permission yet,” Dr. Richmond-Thomas explained.

Guyana now has the fourth highest suicide rate in the world with an estimated 29.0 per 100,000. Over the last five years, there has been an upsurge in the number of reported cases of suicide in comparison with the number of attempted cases. The Ministries of Agriculture, Education and Social Protection are all expected to play important roles in spreading awareness to targeted groups countrywide.

The WHO has established that suicide is the leading cause of death among young persons between the ages of 15-29 years old, globally.

Meanwhile, the Ministry of Agriculture will be targeting farming communities which have the greatest number of suicides, due to easy access to pesticides.

Over the last five years, 62 per cent of the persons who committed suicide in Guyana poisoned themselves by consuming agricultural chemicals. The Ministry of Agriculture’s input will seek to address the issue by educating farmers on basic methods for the use of these substances and of access to pesticides often used in suicide.

“We will have to educate people about the pesticides, what are the safer alternatives and if they are going to be using pesticides, how to store them, all the precautions they need to go through, what to do if somebody ingests some pesticides and teaching general alternative methods for farming that they can use.”

Meanwhile, persons affected by suicide, whether a family member has committed the act or those who may attempt suicide will benefit from counselling and other support systems.

The Government of Guyana has charted a strategic course for combating suicide. A National Task Force on suicide has been established to raise awareness and prevention through education. This is a vital component of the strategic plan for suicide reduction.