─“We have a plan for the Rupununi” – President David Granger

Tonight, His Excellency President David Granger announced the Coalition government’s plans for continued investment in education through the introduction of the Public Education Assistance Key (PEAK).

The Head of State was at the time headlining a Coalition rally in Lethem Region 9, that witnessed one of the largest crowds in the district.

At a previous meeting held in Anna Region, Region 2, the President had announced that the Coalition intends to put oil monies into the homes of Guyanese and the issuance of grants for educational purposes will be one of the measures to do so. 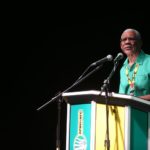 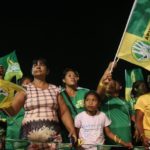 Supporters in the crowd at the Coalition rally in Lethem 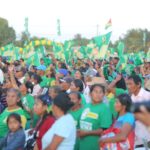 A section of the crowd at the rally in Lethem 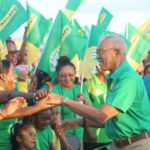 He shared that his vision is to ensure children all across Guyana are educated and are provided with equal opportunities.

President Granger described the Upper Takutu-Upper Essequibo region, the largest in the country as the “most promising province” and committed to ensuring its continued development.

“We will continue to strengthen the Rupununi…we have a plan for the Rupununi and for the employment of our youths,” he told an energetic crowd.

The Head of State further assured that his administration will “convert promises into performance and convert the potential of this great region (Region 9) into production.”