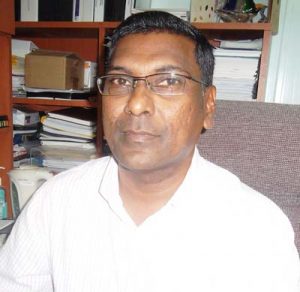 On Thursday last, the CMO explained that the obstetric unit has been reconstructed to mainly focus on high-risk pregnant mothers. “There are the doctors on shift (GPHC) and they work constantly.” Dr. Persaud said high-risk patients need not wait until a problem develops before seeking a doctor since there are sufficient doctors on call to address their needs.

He noted that though there is monitoring of these specialised cases, the option to reduce the number of patients to nurses is being considered, because of a dearth in the number of midwives available. The CMO is hopeful that the upcoming nursing examination will address this issue with an influx of freshly trained nurses.

According to the Persaud, statistics show that there have been approximately 15,900 births, thus far for 2017.  A significant proportion of these births – six to seven thousand –  have occurred at GPHC, while most of the other births occur at the four main hospitals in Suddie, West Demerara, Linden and New Amsterdam Public Hospital. Private hospitals account for under 1,000 births.

This means GPHC is often overtaxed, particularly as it receives the majority of the complicated pregnancies.

“We (government) expect that average across the globe actually about 10% odd pregnancies will have complications that would require a specialist care and that 10 percent are not in one area.  They are scattered all over, while there is some in the remote areas across Region nine, there are some in the rural areas in Region four as well on the highway,” the CMO explained.

Dr. Persaud remarked that though the public may occasionally hear of unfortunate outcomes there are many success stories at GPHC.