Minister of Education, Dr. Nicolette Henry, last Saturday, during a massive ministerial outreach to the mining town, met with scores of parents in the Mackenzie Market and urged them to tap into educational programmes.

Accompanied by regional and municipal officials, Minister Henry was well received by the vendors and residents, and she took the opportunity to distribute a newsletter, ‘An Educated Nation’, that highlighted many achievements made under the Education Ministry in 2018.

Minister Henry said over the last year her ministry has worked assiduously to see improvement in the performance of students and teachers at all levels of learning in all ten regions of Guyana.

“This newsletter captures what we have done as a government in the education sector within the last year. This is important if you have children, so you can read it and know what to demand from those that provide it, and you will also get to know what is happening, so don’t read it for yourself, but for your children.”

The Education Minister also highlighted some of the general achievements of the Coalition government and urged Lindeners to exercise their democratic right in the next election so that these achievements can continue. 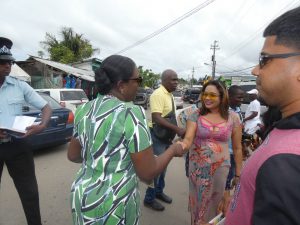 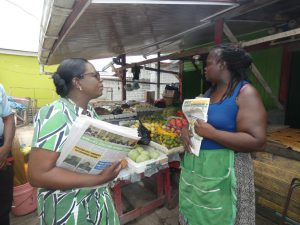 Minister of Education, Dr. Nicolette Henry meeting with Linden residents at the Mackenzie Market arena during a ministerial outreach on February 2 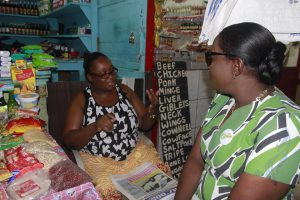 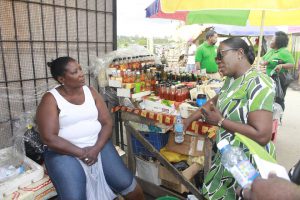 She also engaged market vendors who shared several concerns about the conditions they work under, especially on the Mackenzie Wharf. She promised to make representations with the local officials so that the issues can be dealt with. In this regard, she reminded, as the electorate, they must hold their local leaders accountable.

Minister Henry was part of a ministerial team who visited the mining town to listen to the concerns of the residents and craft solutions.

In expressing gratitude for the outreach to his constituency, Member of Parliament, Jermaine Figueira said that there is no complacency on the government’s behalf and they are aware that more work needs to be done. He described the regular visits of the President, Ministers and top government officials to the town, something that the residents are appreciative of as a real change compared to previous years.

“This is the first time we are really seeing a government that is coming to you, a government that truly cares for its electorate and realises that it is not about sitting in office and having the people come to you.  But you taking the time to go to the people. This is a government in action, and I am happy with the results of what occurred here today, and I know the entire Linden feels the same way.”