Chairman of the Council for Trade and Economic Development (COTED), has called on members of the Caribbean Community (CARICOM) to work together to strengthen relations to achieve economic growth.

The current COTED Chairman, Suriname Minister of Trade, Industry and Tourism Ferdinand Walzijn issued the charge to the Council at today’s opening of the forty fourth  regular meeting of COTED held at Pegasus, Kingston, Georgetown

The Minister noted that member states must not be hindered doing business in the Region. “I wish to stress the need for full, safe and unhindered access for all business society in the Caribbean Single Market,” Minister Walzijn said.

Public private partnerships are important for economic development in the Region, Minister Walzijn added. He warned member states to strengthen the capacity of the Community and “strongly support”, each other to achieve economic growth and welfare for the Region.

Meanwhile, CARICOM Secretary General, Ambassador Irwin LaRocque noted that COTED can send a clear signal of its determination to make a difference by reaching an agreement on the regional policy for micro, small and medium enterprises.

Ambassador Irwin LaRocque added that, “(This) is an opportunity to open the way for the small entrepreneur to benefit from our single market,.”. The Secretary General also charged the Council to work towards meeting the “critical aspect” of the Caribbean Single Market and Economy (CSME).

“The onus is on COTED to make the required decisions, determine the actions to be taken to fulfil the obligations, and agree on timelines for implementation which we must adhere to,” Ambassador LaRocque said.

COTED is responsible for the promotion of trade and economic development in the Caribbean Community.  The two day meeting here in Guyana will focus on moving the CSME forward, the regions foreign trade policy and Brexit among other matters. 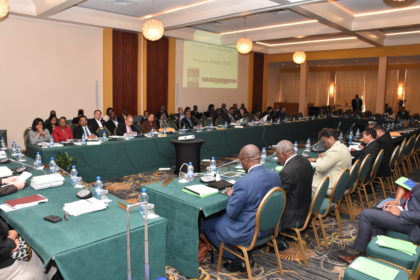 The Council for Trade and Economic Development (COTED) 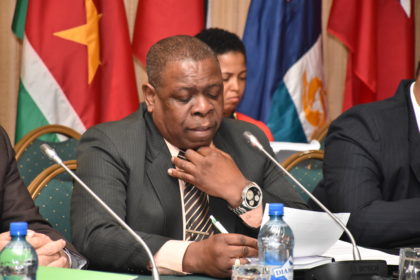 Chairman of COTED and Suriname Minister of Trade, Industry and Tourism Ferdinand Walzijn