The High Commission of India in Guyana, on Thursday evening, hosted its local celebration of the 2019 Pravasi Bharatiya Divas to honour overseas-based Indians who have made contributions towards the development of the country.

Pravasi Bharatiya Divas, which means Non-Resident Indian Day, is observed on January 9 annually. It is an event started in 2003 and provides a platform to discuss issues concerning the Indian Diaspora. Pravasi Bharatiya Divas also commemorates the return of Mahatma Gandhi, the country’s greatest Pravasi, to India from South Africa, to lead the independence struggle. 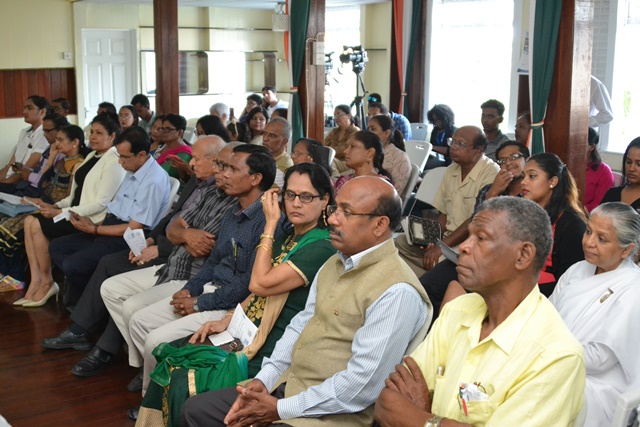 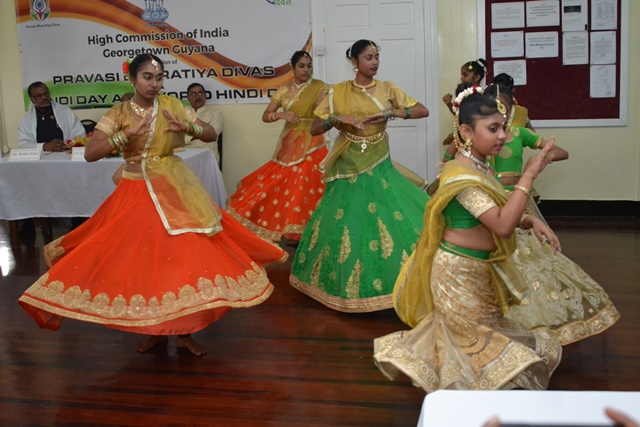 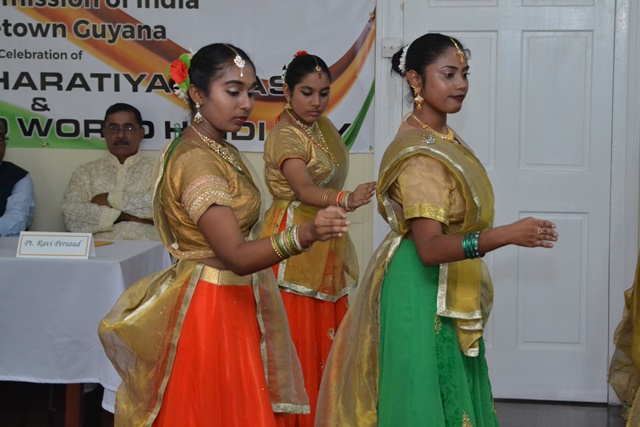 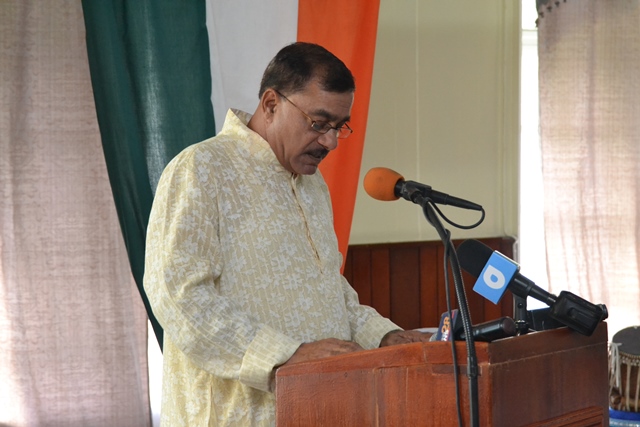 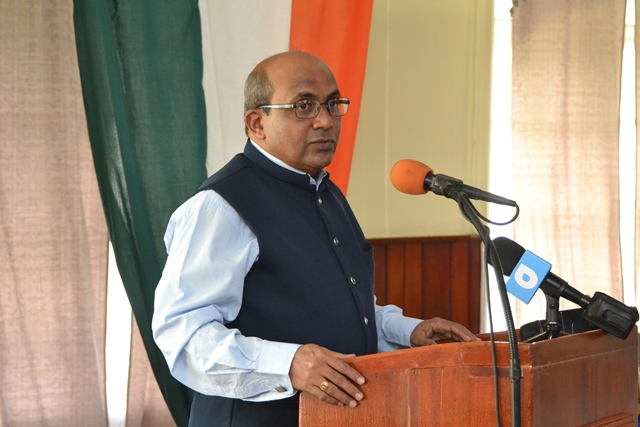 Addressing the gathering, at the Swami Vivekananda Cultural Centre, High Commissioner of India to Guyana, V. Mahalingam thanked all for their participation in the celebration at such a significant time for his Motherland, noting that the contributions made by Indo-Guyanese citizens have assisted in the country’s development.

He noted that the High Commission will continue to assist in strengthening and sustaining the cultures and traditions for those who are willing to know more about their background.

Pandit Rabindranauth Persaud, President of Viraat Sabha Guyana and Commissioner of the Integrity Commission said that history highlights agriculture as a link between India and then-British Guiana and one that continues to link the countries among other aspects of development.

“Our ancestor sacrifices and perseverance continued to inspire and motivate the modern minds to pursue in a diligent way, character and nation-building. It is a fact that other ethnic groups contribute significantly to national development, the East Indians contributions are visible in every aspect of nation-building such as business, sport, technology to name a few,” Persaud explained.

He stressed that there is need to preserve many of the cultures and traditions passed on by their fore parents, as a way of teaching other young minds. This, he believes, can be achieved through the resuscitation of the East Indian language and culture so that young minds have an understanding of their Motherland.

Also, present were Ethnic Relations Commission, Commissioner and Founder of RK’s Guyana Security Service, Roshan Khan and Former First Lady, Varshnie Singh among others. Several persons were also awarded medals for the first round of Bharat Ko Janiye Quiz as well gifts to winners of the essay writing competition.