─ another demonstration of confidence in Guyana

Harvey Gulf is a full-service marine transportation service provider that can procure vessels for virtually all offshore requirements. These include catering to vessels within and outside of the company’s fleet.

Among those in attendance at this evening’s opening were Chief Executive Officer (CEO) of Harvey Gulf International Marine, Shane Guidry, President of the American Chamber of Commerce of Guyana (AMCHAM) Zulfikar Ally, Petroleum Geologist at the Department of Energy, Marissa Foster, the Honorable David Patterson, Minister of Public Infrastructure and His Worship the Mayor of Georgetown, Ubraj Narine, as well as officials in Guyana’s oil and gas industry as well as operatives within the local private sector. 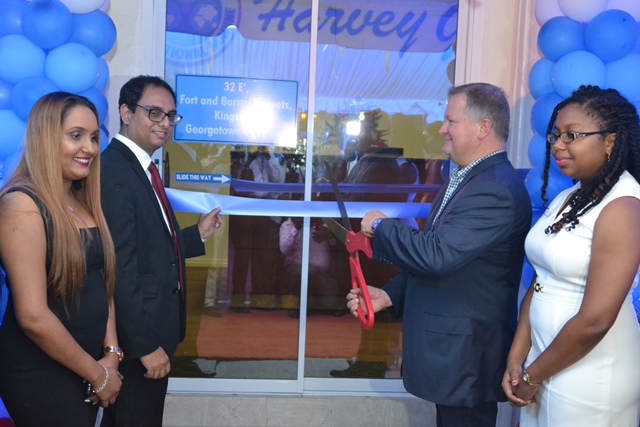 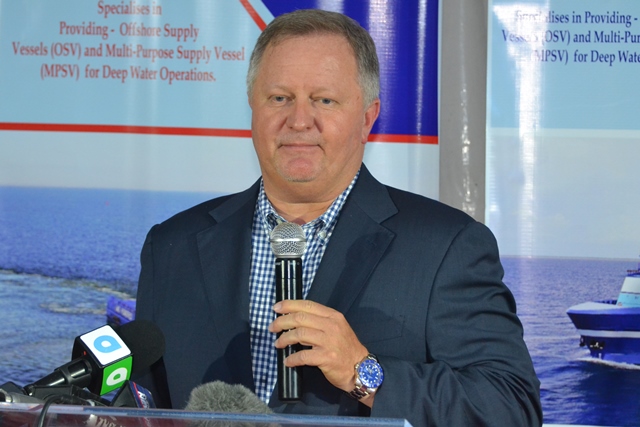 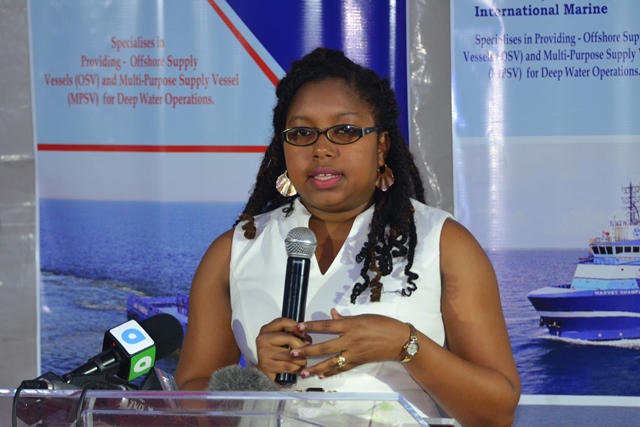 Petroleum Geologist at the Department of Energy, Marissa Foster. 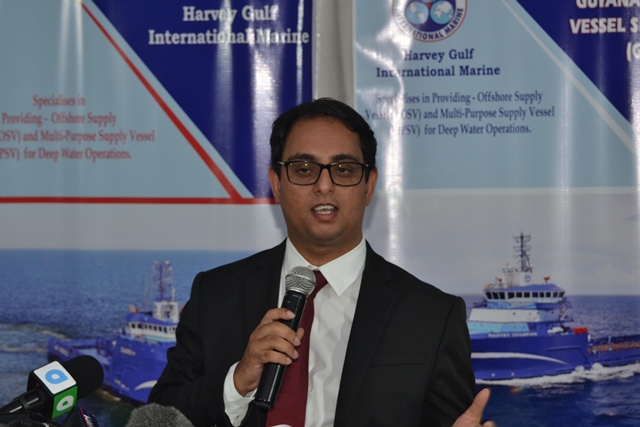 President of the American Chamber of Commerce of Guyana (AMCHAM), Zulfikar Ally.

CEO Guidry explained that the initiative began four months ago when the company started to explore expanding globally again. The company met with Western Logistics (Guyana) limited, who facilitated meetings with several local operators who were excited to work.

“The people were so energetic, so vibrant, so thirsty to learn and thirsty to want to be part of something new, something that’s going to be big for Guyana. It really hit home to me because people are what made Harvey Gulf for the past 65 years and I couldn’t be prouder to be able to work with the people of Guyana.”

Guidry said that his company is impressed with the hospitality and way the business is conducted in Guyana. Thus far, the company has won bids with two companies and is currently bidding other establishments.

“We are here to stay… we will not spill in your waters… we have strict safety measures in place.”

Noting that his company is targeting 100% local content, Guidry said he is committed to ensuring the Guyanese employees are well trained and operate in a safe environment.

According to Foster, who is the Petroleum Geologist at the Department of Energy, the establishment of local offices such as this demonstrate the enthusiasm in investing in Guyana and shows the level of confidence the international market has in the country and more, specifically the potential growth for the petroleum sector.

With this entry of new investors, Foster said that the Department of Energy hopes to witness more partnerships with local companies to build their knowledge, improve their technologies and further raise the standards of operation.

The company has signalled its intention to have local staff trained in its United States facility. Foster noted this kind of exposure is what is really needed and there is a very rich benefit which can be obtained from embedding new recruits in existing facilities to not just learn the job, but to experience the standard of work and level of safety required in the industry.

AMCHAM president, Ally, described the occasion as a positive signal of growth of business in Guyana and growth in a sector that is expected to usher the country in the league of developed nations.

He further noted that the company’s presence in Guyana will do more than create jobs; it will lift industry standards in the oil and marine sectors, improve standards and safety culture, and can serve to streamline important aspects of health and safety at the national policy level through collaboration with the private sector and national authorities.

Established in 1995, Harvey Gulf is based in the United States Gulf of Mexico and most recently, expanded its range to include Guyana and Trinidad and Tobago. The company owns and operates Fast Supply and Utility Vessels, Offshore Supply Vessels and Multi-purpose Vessels that specialise in deep-water and ultra-deep-water operations.