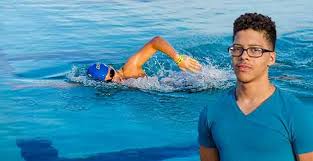 On the world’s largest stage for sports, the 2016 Rio Olympics, Guyana will be participating in a number of events. The Olympics is known for showcasing and producing some of most of talented athletes in the world who participate in various disciplines.

Tomorrow, millions of people around the world will be watching Guyanese, Hannibal Gaskin participate in the men’s 100 metres (m) butterfly swim meet. The 18 -year old will be taking on the biggest challenge of his life, competing against some of the best in the world. His entry time to the Rio games is 59.98 seconds, a mere 9.53 seconds behind Michael Phelps, who is also competing in the 100m Fly.

In his first heat, the young Gaskin will be going up against Thint Myat from Myanmar and Oumar Toure from Mali at 14:16hrs.

Nineteen-year-old Jamila Keizia Sanmoogan will also be representing Guyana at the Olympic Games. Sanmoogan will be participating in the 50m freestyle swim meet on August 12, 2016 at 13:14hrs. This is not the young athlete’s first international meet, but it by far her most challenging. 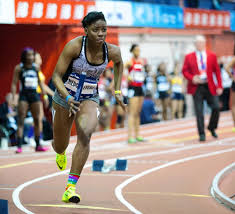 In the area of Track and Field, Brenessa Thompson will be hoping to sprint her way to an Olympic gold medal. The 20- year old will be competing in the 100m and 200m races on

August 12 and 15 respectively. Thompson, who has been taking over the sprinting discipline, currently has a personal best of 11.14 seconds in the 100m race and holds the Guyanese record in the 200m with a time of 23.19 seconds.

Aliyah Abrams, born in the United States of America (USA) to Guyanese parents, qualified for the 400M event by clocking 52.04 seconds at the SEC Championships earlier this month. The athlete is slated to make her first appearance on August 13, 2016 at 10:00hrs. 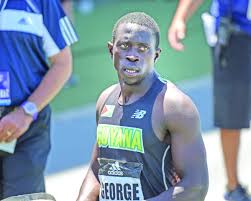 Additionally, Guyana will be represented in the 400m race by Winston George. The 29- year old sprinter is no stranger to the Olympic Games. In 2012, George competed in the London Olympic Games, but failed to win a medal. George’s first run will take place on August 12, 2016 at 20:05hrs.

Participating in the triple jump event is 27- year old Troy Doris. Doris at present has the second best jump of 2016, measuring 17.10 m which is also a national record. The only person to out jump the talented Doris is American Christian Taylor. Taylor who is considered the best in the world leads with a leap of 17.11 m. He is scheduled to make his qualifying jumps on August 15, 2016 at 10:00hrs.