Friday, October 7, 2016– Georgetown, Guyana: A five member team from the Guyana Water Incorporated on Saturday (October 1st) returned from Suriname following the second leg of the IBD/UN Habitat sponsored Water Partnership Program. The team engaged the Suriname Water Company in a one week program which addressed topical areas including water quality, non-revenue water and billing. Representatives from the Suriname Water Company were here in August to analyze GWI’s operations. The aim of the exchange program was to share ideas and experiences for the benefit of both countries. 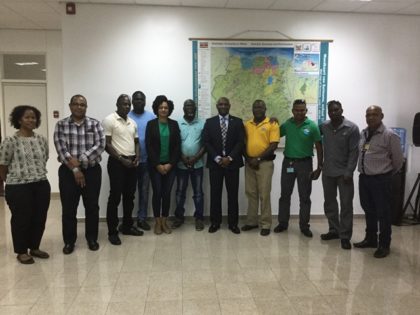 Executive Director of Operations, Dwayne Shako said they have returned with improved knowledge on ways to better Guyana’s water quality based on the expertise of their Surinamese counterparts. He added that water quality was one of the main focus areas for GWI during the exchange program.

Shako said, “What we realised is that our designs for treatment plants were very generic. What the Dutch did is they really studied all the characteristics of the ground water and they were testing far more parameters than we were, so their treatment system is actually tailored based on the quality of the ground water”.

This means that even though treatment plants may be similar in design, some amount of tweaking was done to make they are unique to the ground water they are treating.

“The most important thing is to have our lab equipped because that’s where everything starts…to be able to test all the parameters needed to properly design a treatment plant”, Shako added.

The team also managed to gain a firsthand look at the outcome of their counterparts’ aquifer study, which will serve as a framework for a similar study to be undertaken by GWI.  This study helps to determine the quantity of ground water resource.

“So we discussed with them how they went about it and we were privileged to have some of the results from their report”, Shako posited.

GWI’s study when completed will help to guide the design of new wells and the future use of ground water in Guyana. 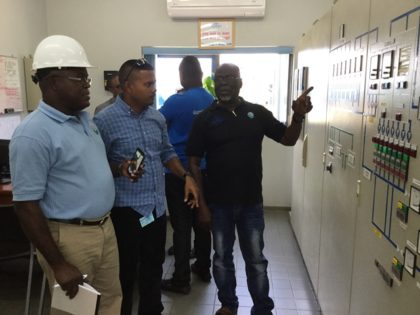 Meanwhile in the department of billing, GWI personnel were able to advise the Surinamese on ways to improve their service, since Guyana’s system was deemed more advanced.

Alternatively, the GWI team learnt new techniques on how to tackle non-revenue water.

During the visit to the Suriname Water company, GWI’s team also toured a number of their water treatment plants and other facilities with a view of analyzing them in comparison to Guyana’s setup and with the aim of improving the services offered.

Suriname’s Natural Resources Minister Mr. Regilio J. Dodson who engaged GWI’s officials, expressed pleasure in seeing the realisation of the partnership. He noted that he is looking forward to engaging GWI’s Managing Director Dr. Richard Van West-Charles, with the hope of strengthening bilateral relations in the area of water. Mr. Dodson believes the neighbouring countries share common interests and has committed to assisting Guyana where needed.