Ministry of Public Telecommunications is hosting its first Hackathon on Nov 4-6, 2016 at the Arthur Chung Conference Centre (ACCC). This will be a 48 hour (non-stop) event where programmers or coders get to compete in teams to develop applications for possible use in the public and private sectors. 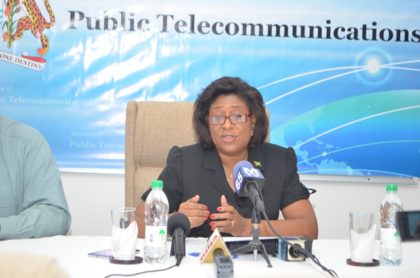 Minister of Public Telecommunication Catherine Hughes at a press conference today, sees this as an opportunity for young entrepreneurs in Information Communication Technology (ICT) to be creative.

“Our people the young and not so young can learn and earn, establish new businesses, create linkages in and out of Guyana and ultimately contribute to the drive to digitize our nation”, Hughes stated.

Hackathons are events, typically lasting several days, in which a large numbers of people meet to engage in collaborative computer programming.

Hughes went to say that her Ministry is excited and wants to encourage people in the community who are interested, that have technological skills, that are interested in innovating and creating with the use of technology to consider signing up for the Hackathon.

The minister further emphasised the countless opportunities that can meet the needs of young people as the country advances in ICT, “We are working to ensure that we energize our young tech-savvy people in Guyana and I want to say that this really is going to be the first one but in 2017 we anticipate we will have another two or three of such Hackathons”.

Minister Hughes pointed out that the world has changed and sometimes we are still looking for traditional avenues for involvement, or vacancy in the newspaper or television, when individuals can be creating their own businesses while sitting in their living rooms or offices.

“So what is part of this ministry’s  vision is not just highlighting how  you use the technology, not just to surf the internet, just not to talk on Facebook but what are the avenues to develop real entrepreneurial and E- commerce opportunities”, Hughes said .

The Public Telecommunications Minister pointed out that the ICT sector and the Hackathon will also help with advancing the Education Sector and noted that talks are already underway with the Minister of Education to improve the sectors.

She explained that they are working on E- Education which allows a teacher who is teaching at Bishop’s High School for example, can also teach a child who is in an Amerindian Village which has an ICT hub.

The Minister noted that training is important on all levels and what the Ministry has actually planned in the 2017 budget to have a strong community and training component.

Minister Hughes noted that whether it is at the secondary school, university or at the programmers’ levels the Ministry wants to have targeted training especially into the communities that the Ministry will be going into to create ICT hubs.

“Let’s say that we go into Mabaruma or Linden and we create an ICT hub, then we want to make sure that some of the people in the community would have the requisite skills and therefore we will be offering  two or three days training programmes in very specific areas”, 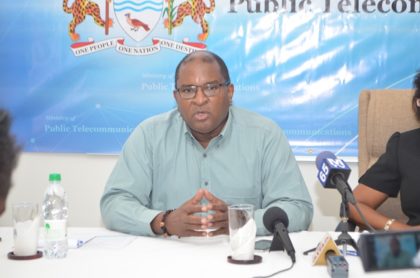 Advisor on ICT to the Ministry of Public Telecommunication, Lance Hinds

Another aspect the ministry will be working on is networking with content providers so that the training can be provided online.

Hughes highlighted that, every year girls are celebrated in ICT but what is needed is to be able to harness women who are interested in careers in ICT and offer them the possibility of training in specific areas.

Young men who are dropping out of school, which is a serious social issue Minister Hughes, noted that they are also exploring what kind of training and opportunities they can provide to target that specific group; whereby their training needs will be different from the others.

“We want to make sure that we are collaborating with existing sectors; and team work is very important in this sector” Hughes said.

Meanwhile, Advisor on ICT to the Ministry of Public Telecommunication, Lance Hinds said that he is very happy and excited to be a part of the Hackathon.

Hinds explained that the Hackathon, is where the developers, programmers, database designers come together as teams and compete to develop a particular product. That product will be determined by a group of experts who will also serve as the judges.

Hinds told media operatives that the Ministry will be housing the hackers at the ACCC and providing food for them.